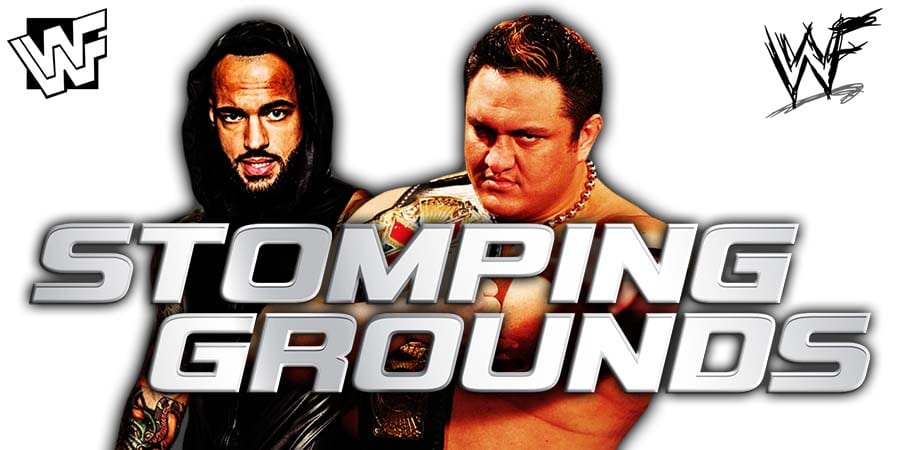 Tonight’s WWE Stomping Grounds 2019 PPV is airing live from the Tacoma Dome in Tacoma, Washington. Below is the match-card for tonight’s PPV:

WWE Stomping Grounds opens up with the Cruiserweight Championship triple threat match and we see a Title change in this bout!

Gulak hit the Torture Rack neckbreaker on Tozawa to pick up the win.

Up next is the RAW Women’s Championship rematch between “The Man” Becky Lynch and Lacey Evans.

Becky made Lacey tap out once again and won the match.

After good back & forth action, Ricochet hit a Codebreaker & 630 Splash to defeat Samoa Joe! 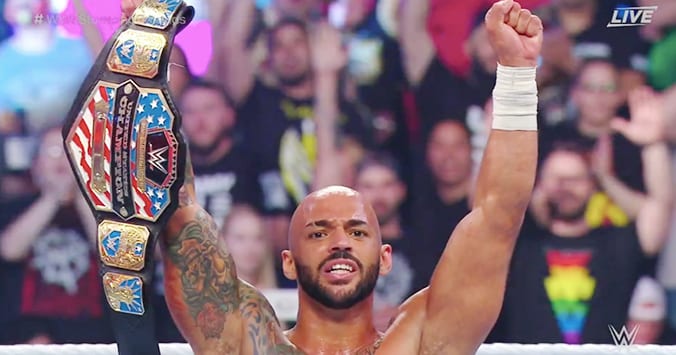 Part 2 of our WWE Stomping Grounds live coverage is HERE.