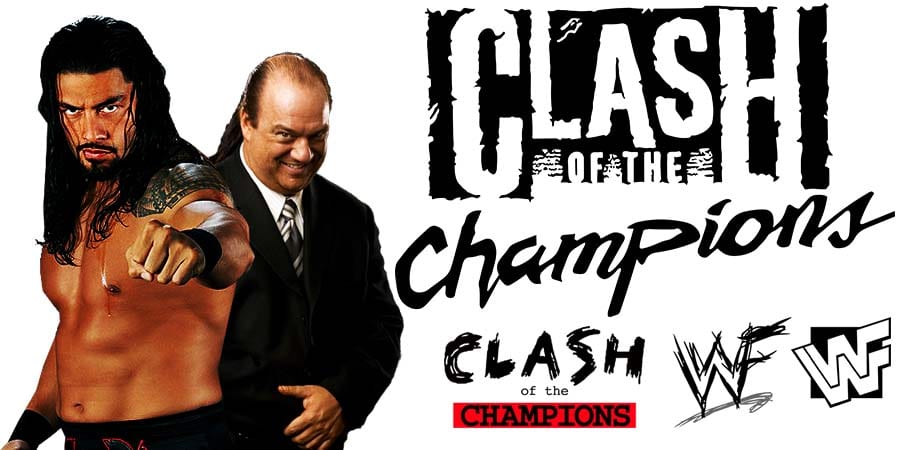 • Possible Opponent For Roman Reigns After SummerSlam 2021 (Spoilers Inside)

Roman Reigns is set to defend the Universal Championship against Edge later this month at Money In The Bank 2021.

He’s expected to defeat Edge and then go on to defend the Title against John Cena in the main event of SummerSlam 2021.

Reigns is expected to beat Cena as well and then move on to his next program.

According to the Wrestling Observer, WWE could book Roman Reigns vs. Seth Rollins for the Universal Championship in September (which would be the Clash Of Champions 2021 pay-per-view):

“That would probably be September, if they even get to it by September, because the last I heard for SummerSlam was Edge vs Seth Rollins. So, you know if Seth Rollins were to beat Edge then it makes all the sense in the world to go with Seth vs. Roman Reigns at that point.”

Rollins recently lost his mind on Talking Smack, after hearing the news of Edge taking on Reigns at Money In The Bank.

“No, no, no, this can’t be. You guys must have misheard that. There’s no way. They promised it to me!

This is everything that I’ve worked for! I’ve never been more ready in my entire life. I deserve the opportunity, not Edge. Where has he been? He hasn’t been here since WrestleMania, he hasn’t done anything.

He got his match at WrestleMania. I don’t care if it was a triple threat match. That’s not my fault! There’s got to be something that we can do.

It was taped at the Hartford Civic Center in Hartford, Connecticut and featured matches, interviews & storyline segments on the road to the ‘WWF Fully Loaded 2000’ PPV.

1. Too Cool vs. TAKA Michinoku & Funaki