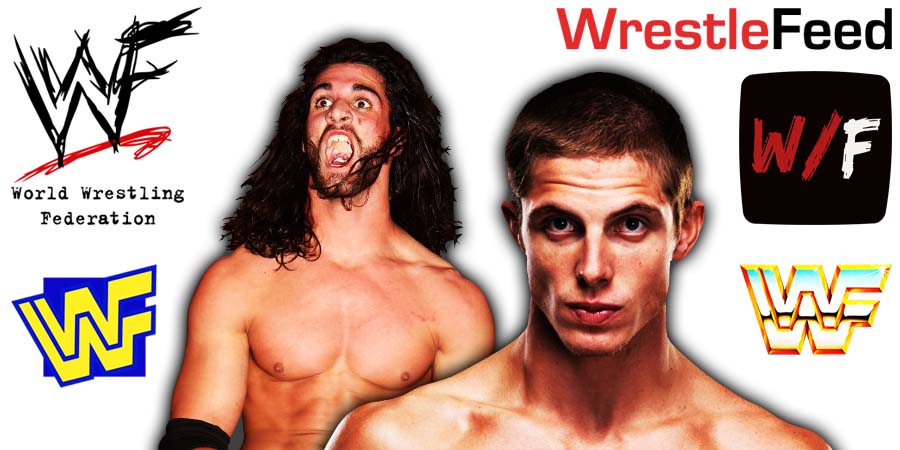 • Possible Reason Behind The Heat Between Seth Rollins & Matt Riddle

As we noted earlier, Seth Rollins’ comments about Matt Riddle on the WWE Watch Along after moving to SmackDown indicated that there might be some real-life heat between the two wrestlers.

The reason is unknown, but if we go back to last November, a post from Riddle’s wife, Lisa, could be the reason behind it.

Lisa bodyshamed the female wrestlers in WWE, specifically targeting Rollins’ fiancee, Becky Lynch, as she attached her picture in the post with the following caption:

“Calling out multiple Main Roster Divas over the past couple of weeks for being straight skinny jiggly fat (not saying they aren’t beautiful, just saying SQUAT). It’s funny because there have been multiple female wrestlers that have asked to train with me.

Each one of them look great in their gear. Clearly they know what they are doing (especially if they want to train with yours truly).

ALL females freaking SQUAT and go HARD! I do not have many photos of my rear end in minimal clothing besides these two. Here is a comparison of me, not caring what I look like, just trying to be strong, decent Olympic Lifter, and a mom of 3 vs two females getting paid a TON of money for how they look. Rant over”

The post was deleted, so you can view a screenshot of it below. 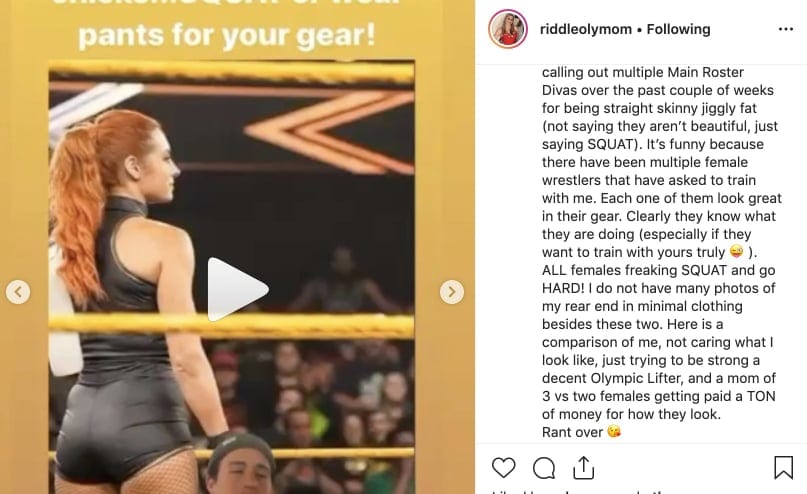