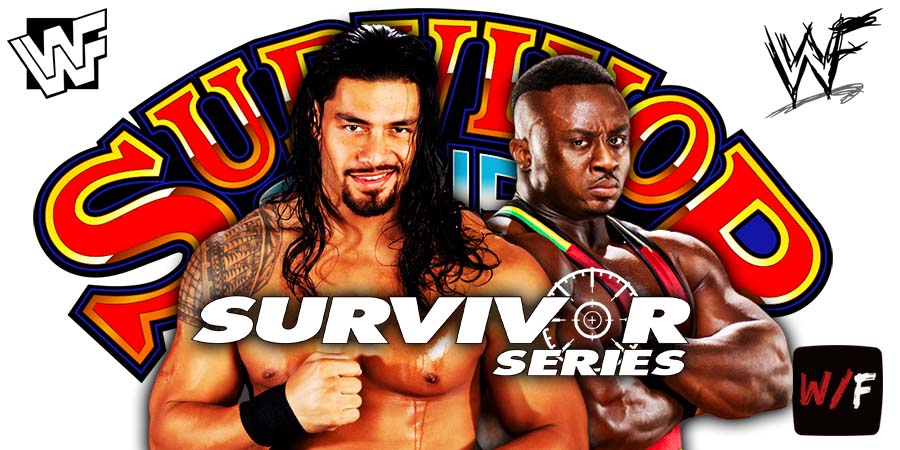 The Tribal Chief is expected to win this match, but Big E isn’t scheduled to lose clean.

Instead of the usual interference from SmackDown Tag Team Champions The Usos, an interference / distraction from Seth Rollins is being discussed for this match.

Rollins, who is currently the #1 contender for the WWE Championship, costing Big E tonight’s match will make their feud much more heated and it’ll also serve as a little reunion for the former Shield members, who debuted at Survivor Series 9 years ago.

The tagline of the event was “The Night Of Champions”.