It looks like SummerSlam 2015 main event has been leaked. A picture showed up on Social Media earlier today which shows the poster of SummerSlam 2015 which teases a rematch between Brock Lesnar & Roman Reigns.

Brock Lesnar & Roman Reigns faced each other in the main event of WrestleMania 31 back in March this year.

Last year’s SummerSlam main event was also leaked (in the form of a video) about 2 months before the show, which featured John Cena & Brock Lesnar in the main event for the WWE World Heavyweight Title.

The authenticity and the source of this pic is unknown at the moment. Below is the pic: 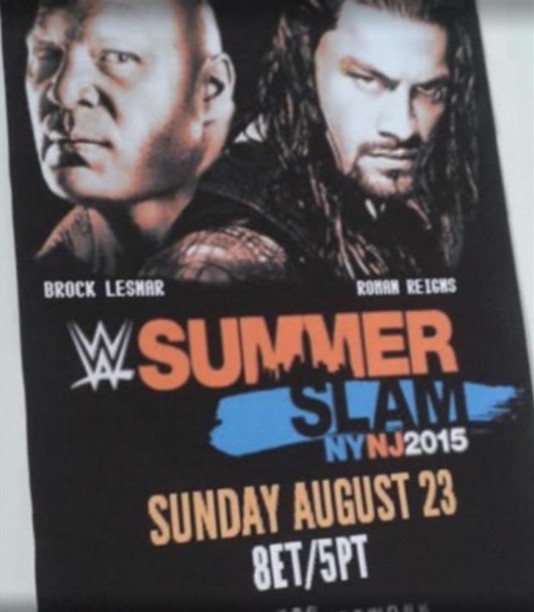