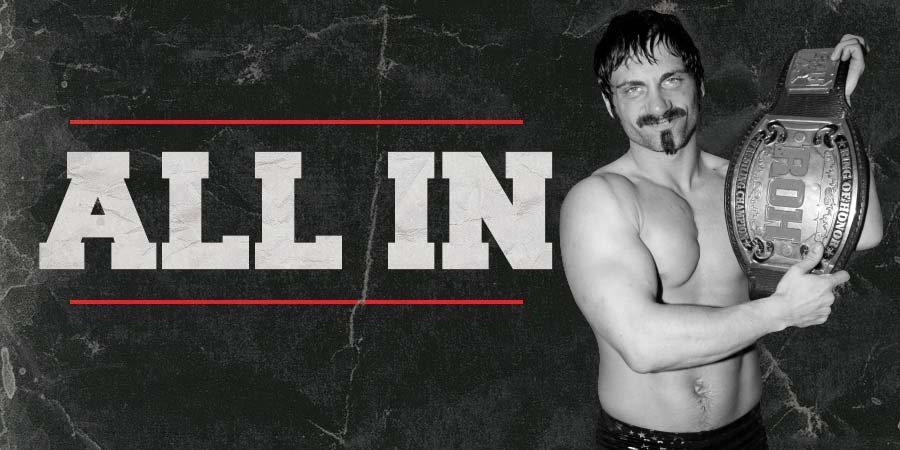 After claiming to be 18, an in fact 16 year old Jeff Hardy started doing televised jobs for the World Wrestling Federation during the New Generation Era in 1994.

By 1998, he teamed with his real life brother Matt Hardy as ‘The Hardy Boyz’ in a tag team that went on to win a lot of championships and eventually turned into one of the best and most memorable tag teams of the famous Attitude Era.

After starting to wrestle as a singles wrestler (at least partially) in 2001, Jeff Hardy went back n forth between the WWF/E and TNA, gaining multiple World title wins in both promotions.

• Possible Surprise Appearances For ALL IN

With Neville being officially released from WWE and not having a no-compete clause, Neville is free to do whatever he wants, even show up at ALL IN this Saturday night.

According to the Wrestling Observer, Neville, Impact World Champion Austin Aries and Jeff Cobb make surprise appearances at ALL IN. Aries & Cobb are in the Chicago area, so there’ a possibility of them appearing.

During a recent edition of X-Pac 1,2,360 podcast, WWF Attitude Era Veteran X-Pac gave his views on if Neville should make a surprise appearance at ALL IN:

“As far as the industry, as a whole it’s better if he’s not there [WWE]. It’s better if he does a surprise at All In or something like that. He’s right up there in the conversation with the best in the world right now.

The only reason we haven’t talked about him lately is because he hasn’t had any matches. The fans that are behind the All In and the whole indie movement, they put him on a pedestal and they look at him in the light he deserves to be looked at.”