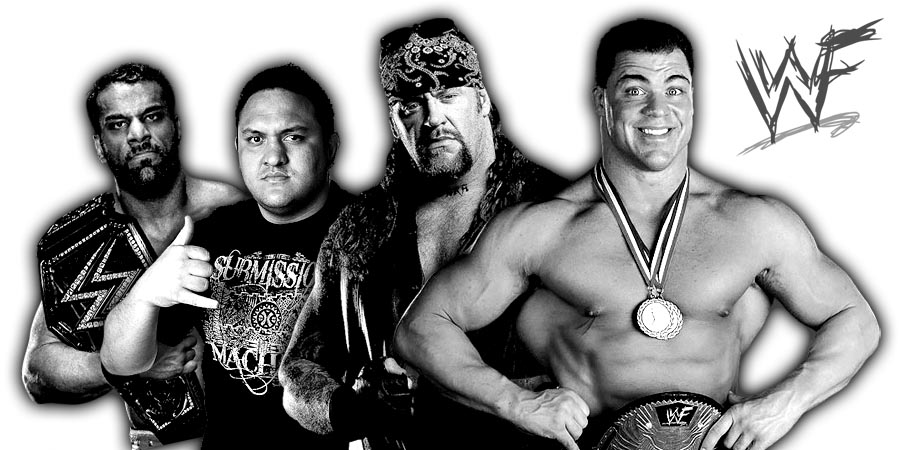 Let’s take a look at the top 20 news stories of the day from the world of WWE (SummerSlam 2017, Survivor Series 2017, Brock Lesnar) & Professional Wrestling:

20. Eric Bischoff Gives His Views On WWE Booking The US Title To Change Hands At A Live Event

During a recent edition of Bischoff on Wrestling podcast, former WCW President Eric Bischoff discussed WWE booking a Title change at a recent WWE Live Event. Below are the highlights:

His thoughts on the US Title changing hands at a Live Event in MSG:
“Just because it happened at Madison Square Garden doesn’t mean the message doesn’t reach someone in Paducah, KY where WWE will be next week. It could subliminally send a message to those people that, “Hey, it could happen at your live event!” Who knows? I think it was a good idea. Any time you break the pattern of monotony and do something that people aren’t going to expect I think it’s a good thing, generally. Not always but generally I think it’s a smart idea.”

On if AJ Styles deserves more than the US Title:

“I don’t subscribe to that. AJ won the title at Madison Square Garden for God’s sake. The name of the title to me is irrelevant, to be honest with you. He’s getting a ton of camera time. Look at the progress he’s made in such a short period of time in WWE. How could anybody in their right freaking mind say that he is not getting what he deserves?

I’m sure AJ would be the first one to disagree with anyone who says he’s not getting what he deserves or that he has earned more. He’s earned a great opportunity, he’s earned a ton of freaking money and the notoriety of people around the world who had never heard of AJ Styles before. AJ Styles is just fine.”