Today would have been the 102nd birthday of Old School WWF Manager “Classy” Freddie Blassie.

Among Blassie’s clients were famous WWF Superstars like Hulk Hogan, The Iron Sheik, Nikolai Volkoff, Hercules Hernandez and many others.

In the summer of 1986, Freddie Blassie gave his remaining clients to the young up and coming manager Slick and slowly retired from the on-screen role of his TV character.

In 1994, he was inducted into the WWF Hall of Fame (now known as WWE Hall of Fame) by famous talk show host Regis Philbin.

Carmella won this match by pinning Naomi and will now face Bayley for the SmackDown Women’s Championship.

While WWE mentioned nothing about this match taking place in Saudi Arabia on SmackDown, they did post a graphic prior to SmackDown where they noted that the winner of this Fatal 4 Way match will face Bayley at Super ShowDown 2020: 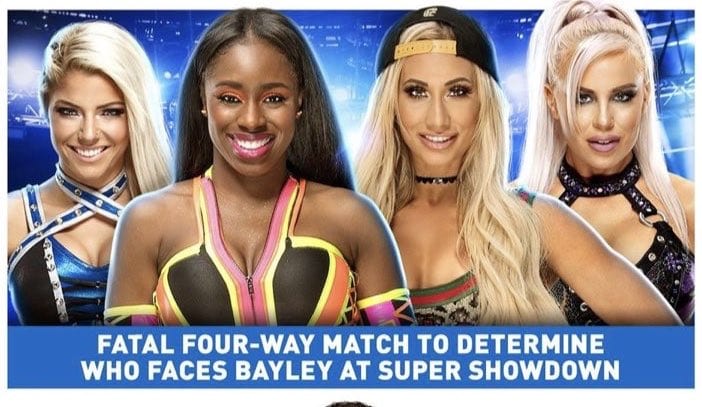 With that being said, we might be getting Bayley vs. Carmella for the SmackDown Women’s Championship in Saudi Arabia at Super ShowDown 2020.

Below is the current match-card for this upcoming PPV event: