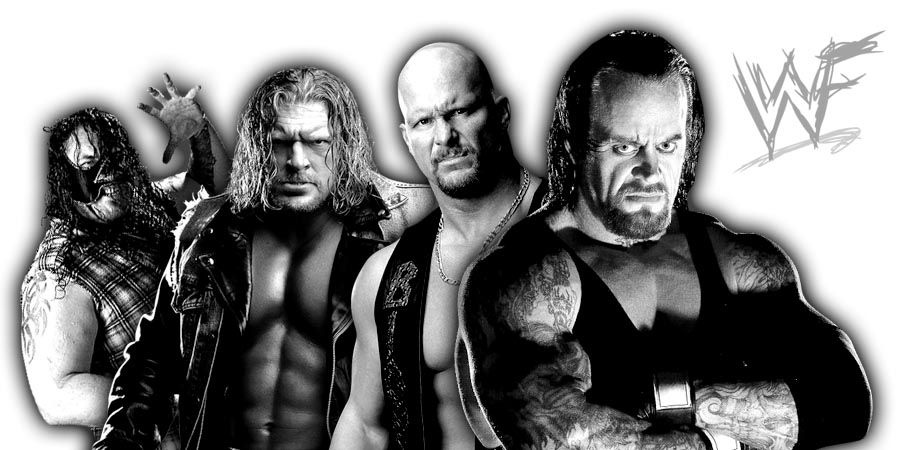 Let’s take a look at the top 20 news stories of the day from the world of WWE (Punjabi Prison Match, Baron Corbin’s Money In The Bank Cash-In) & Professional Wrestling:

20. Jeff Jarrett Explains Why There’s No Question To Who Owns The “BROKEN” Gimmick

During a recent interview with Wrestle:List, former WCW World Heavyweight Champion Jeff Jarrett discussed the legal battle between The Hardy Boyz & Impact Wrestling over the “BROKEN” gimmick. Below is what Jarrett had to say about this:

“I always take the high road because there is legal squabbles or potential legal squabbles but I have said this to a couple of outlets, and I say this with very broad strokes – I am from Nashville so I am around music which is intellectual property and I have been in the business 30 years. Intellectual property laws are very simple, there are two sides to it; there are publishers and the writers, then there are the performers as well. Jeff Hardy has been one of my best friends for 20 years, you can look on my social media and their social media, and we take family vacations together but business is business. So when it relates to IP it’s real simple, there is a publisher who owns the property, there is a writer who gets credit and can monetize it, then there is the performers. There is no question that Broken Matt and Brother Nero’s performances were off the charts good. But when it comes to ownership to me it’s almost a silly squabble, it’s never been in question. Impact are the owners.”

Jarrett was also went on to explain why you should watch Slammiversary 2017:

“A lot of people have asked me over the last week or so, “Jeff, give me a reason to watch Slammiversary,” and I really can say this with all sincerity – if you’ve ever watched one programme, or if you’ve ever been a fan on TNA/Impact, if you’ve ever bought a t-shirt, if Don West has ever sold you anything, this is an unmissable event.

Obviously this is a 15-year celebration that we are all very excited about and the card is stacked top-to-bottom. A mega main event in Alberto El Patron versus Lashley title-for-title – we’ve just recently announced a truly iconic legend from the lucha-libre world, Alberto’s father, Dos Caras – one of the top three most famous luchadors of all time – is going to be in Alberto’s corner. And then you just go all the way down the list: Low Ki versus Sonjay Dutt in the X Division and both of those guys are truly pioneers, and X Division was here since day one; we’ve got a title situation with luchadors and stars from NOAH and LAX; our current dual GFW and Impact champions; and we’re speaking to American Football star DeAngelo Williams and Moose, a former NFL player in his right, are in a Tag Title match; Sienna versus Rosemary. I could go on – Joseph Park and Jeremy Borash, one of the UK’s favourites, actually stepping into the ring, and Big Poppa Pump Scott Steiner. I could go on and on about the card but all things have come together.”