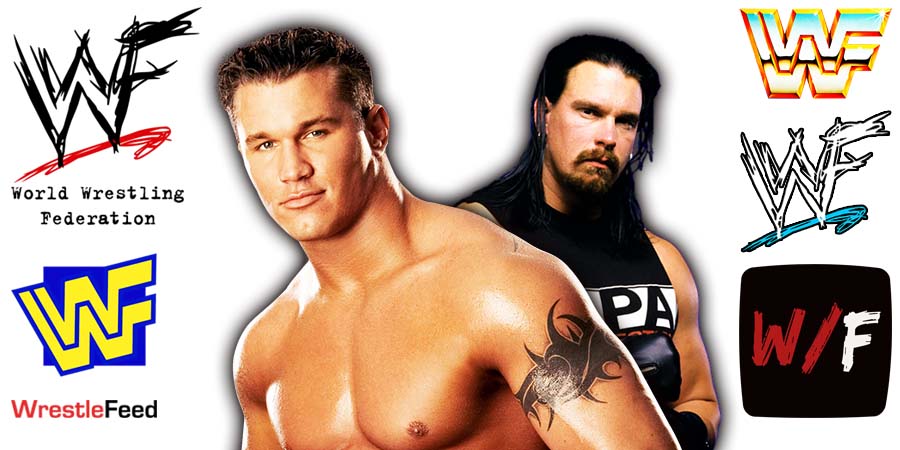 • Randy Orton Explains Why JBL Never Gave Him Any Sh*t

WWE Hall Of Famer JBL is know for his hazing backstage. However, Bradshaw never gave a young Randy Orton a hard time in the early 2000s.

During an interview on the Out Of Character podcast, Orton explained why JBL was always nice to him:

“My father took Bradshaw on his very first tour of Japan back in the early 90s.

[He] took care of Bradshaw. Took him under his wing and had his back. Bradshaw, of course, the way it works, never forgot that and me being Bob Orton’s kid, Bradshaw never gave me any sh*t.

He was always one of those guys, man, those local guys, those new guys, they’d come and he’d give ’em a hard time.

Nothing wrong. but just f**ing with the guy, you know, just guys being guys. You need a little bit of that, but I was never a target because of my dad.

[I was] such a lucky little a$$hole. No wonder everybody hated me.”

This episode was pre-taped at the World Arena in Colorado Springs, Colorado and featured matches & storyline segments on the road to the ‘WCW Spring Stampede 2000’ PPV.

4. Colorado Collision Match: Scott Steiner vs. Billy Kidman vs. Booker vs. The Wall vs. Ernest Miller vs. Vampiro