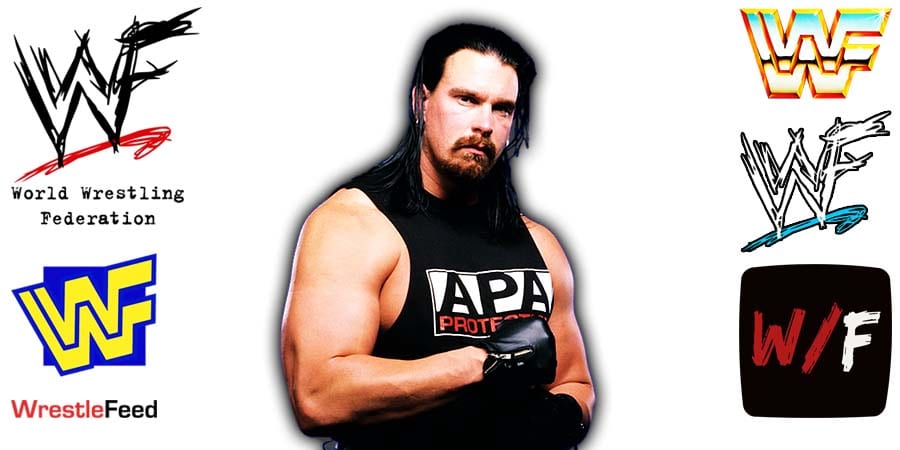 Brisco defended him when it comes to the popular accusations of JBL being a locker room bully back in the day.

“JBL is one of those entertaining guys. John kind of gets categorized into this category of being a bit of a bully and all that. But he’s one of the most kind-hearted guys that you can ever come across.

The stuff that he did for rugby, he moved over to the island of Bermuda. He started a rugby league there and he actually had guys who started from when they were kids and now these guys are playing division one college rugby.

Now he’s gone into Memphis with the inner-city kids there and he does fundraising. He bought over 500 computers last year for these inner-city kids when everybody had to do this virtual learning. Not all these kids had access to computers and everything.

This club that he formed, he made sure through his fundraising ability that everybody had a computer. Everybody was on an equal basis. Not only did they have a computer, but they had people there that could instruct them on how to use it. John is just a wonderful person.

We are both positive people, once you get to know John and know his kind heart.”

JBL first joined the World Wrestling Federation as Justin ‘Hawk’ Bradshaw in early 1996, then became known as Blackjack Bradshaw in 1997 and eventually had his name shortened to just Bradshaw during his A.P.A. days, before becoming JBL in 2004.

He was inducted into the WWE Hall of Fame in 2021.

Also Read: JBL Reveals How Much Money He Made From Brawl For All