Team Flair captain Randy Orton and team member King Corbin were on the stage watching the main event of RAW this week – Seth Rollins vs. Rusev for the Universal Championship.

King Corbin was sitting on his throne and the throne accidentally broke! This led to Orton failing to control his laughter! 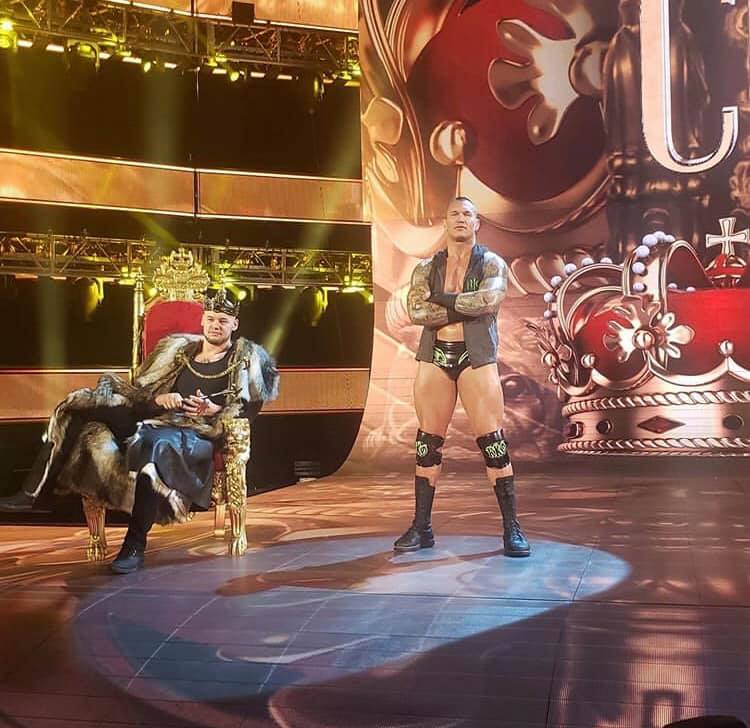 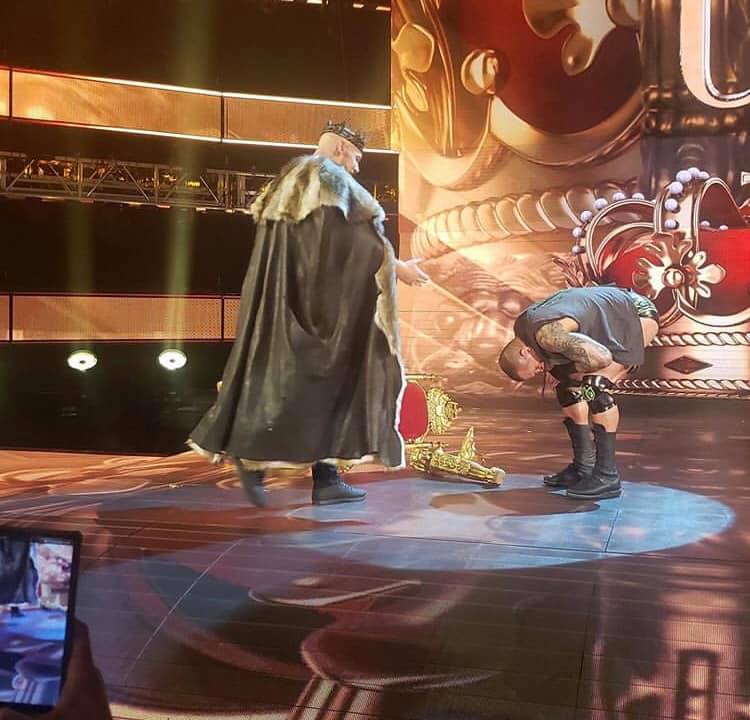 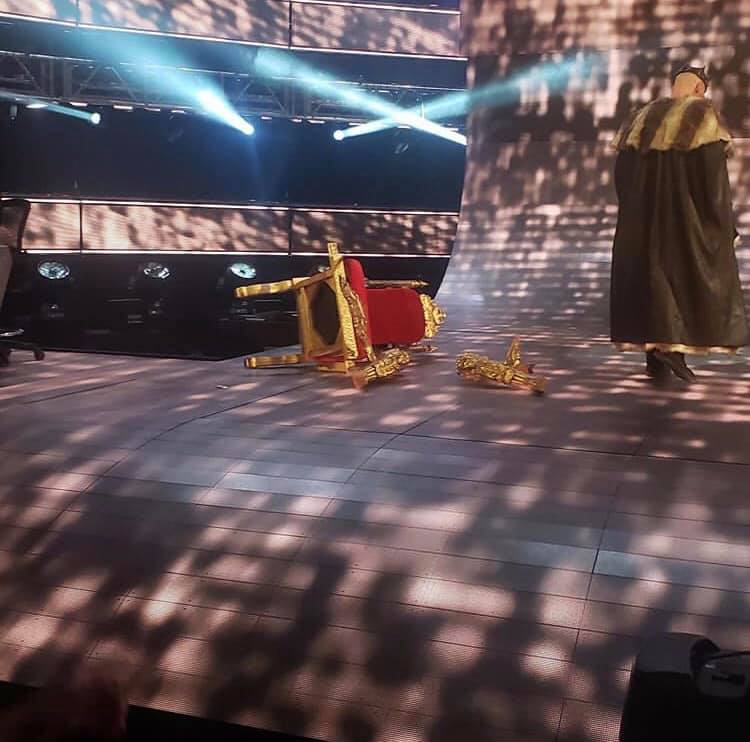