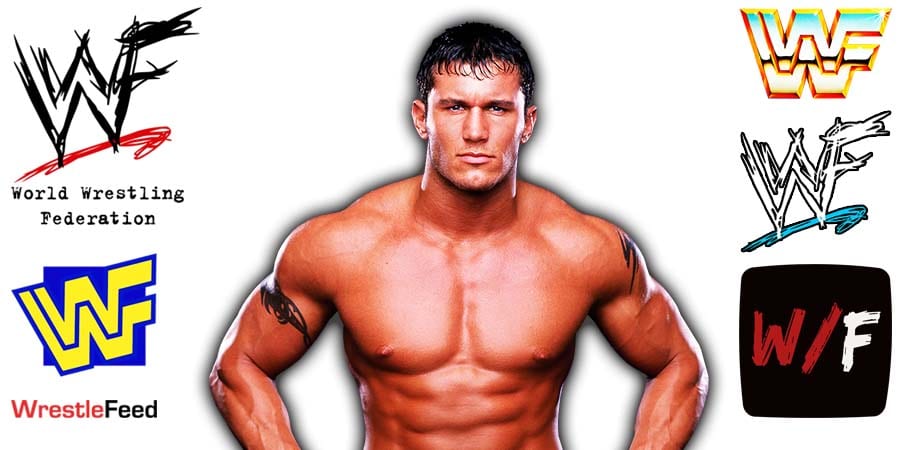 Debra was married to WrestleMania XI celebrity & former SuperBowl winner Steve “Mongo” McMichael, whom she accompanied as a valet in Ted Turner’s World Championship Wrestling from 1995 until she divorced him in 1998 and left the company.

After joining the World Wrestling Federation in October 1998, she became the valet of “Double J” Jeff Jarrett, whom she knew from a storyline both were in during their time in WCW, … but Debra eventually ended up falling in love with the company’s #1 guy at that time, “Stone Cold” Steve Austin.

The two got married and she changed her name to Debra Williams, also managing her husband on WWF TV at that time, until both left the promotion in June 2002 due to creative differences.

A month later Austin filed for divorce, which was finalized in early 2003.

• Randy Orton Fires Back At A Rapper For Calling WWE Fake

People who are not into professional wrestling love to be ignorant and call our sport “fake”.

Soulja Boy did just that and it didn’t sit well with some WWE wrestlers, especially Randy Orton, who has been in the wrestling business for over 20 years now.

You can read all their tweets below:

Does the rap game take years off your life and leave you with countless injuries and debilitating pain? Oh well maybe just stick to super soaking hoes or whatever it is you did 15 years ago. https://t.co/iYIrSpN01t

Fake? Dare this prick to step up. He dont like movies? Consider us actors that do stunts, without pads 200 days a year and don’t bitch when we get surgically repaired and come right back. Consider us 100 times tougher then anyone you’ve come across. Aint nuthin but a bitch ass… https://t.co/D3CQb9IxEO

Ps @sanbenito would beat the fuck outta you. Why? How? Because he’s seen our world. Respects it and knows what it takes and finds himself lucky to be a part of it. You wanna talk fake? Pawn that cheap ass chain and come work for it you one hit wonder ass mutha fucka https://t.co/zJPMmuqskr

‘Crank that’ came out in ‘07 you had a hell of a year. Serious $. Hats off to ya my dude. Here’s the thing tho… I like rap. I bump that shit all day whether it’s tunechi, meek, JZ…but you call what I do to survive, fake? Fuck that. Come to my world and say that. Dare ya https://t.co/P3qx5bu6ks

U spittin facts? Seems like all you spittin is the same mess you rap about. Nut. Clear your throat my dawg, and be there. Enough talk. Back it up. https://t.co/rN8JY5AX3q

That’s a fact tho. Tell me why the wwe in they feelings for gang. Wrestler or not I’m slidin 🤷🏾‍♂️😈 https://t.co/NvNFx1U7dS

It should be noted that WWE plays out storylines on Social Media these days. So if this is some kind of an angle where more celebrities come in to WWE for an angle (like Bad Bunny), then don’t be surprised.