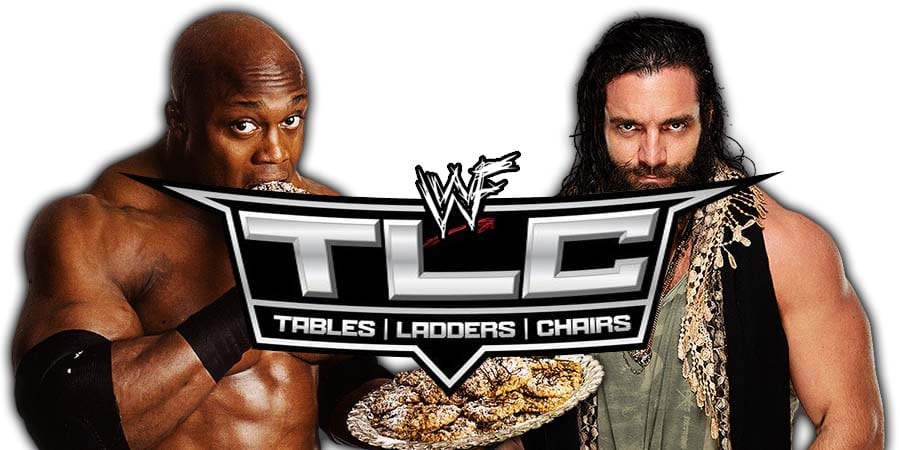 At this Sunday’s TLC 2018 PPV, Elias & Bobby Lashley will compete in a Ladder match with Guitar hung on top (the person who unhooks the Guitar will have the opportunity to hit his opponent with it – this similar to the Sledgehammer Ladder match Triple H & Kevin Nash had back at the TLC 2011 PPV).

Lashley tried to give the fans a little spoiler for TLC 2018 by tweeting the following:

You guys want a spoiler for #WWETLC?? 3 days from now, you’ll hear a guitar strum from @IAmEliasWWE, my music, a couple slams, & the referee count 1-2-3. Get used to it boys and girls. The #AllMighty is taking the next step to becoming the #UniversalChampion you can be proud of! pic.twitter.com/9oECxW7XO7

Elias destroyed Lashley in his reply and you can check it out below:

It’s a ladder match & it ends when I smash your dumb ass with a guitar. I’ve spent the better part of 2018 making you relevant & giving you every opportunity to have a personality. You’ve managed to fail at both. At TLC I put you behind me and ascend to space in 2019. https://t.co/H49dsImOGI