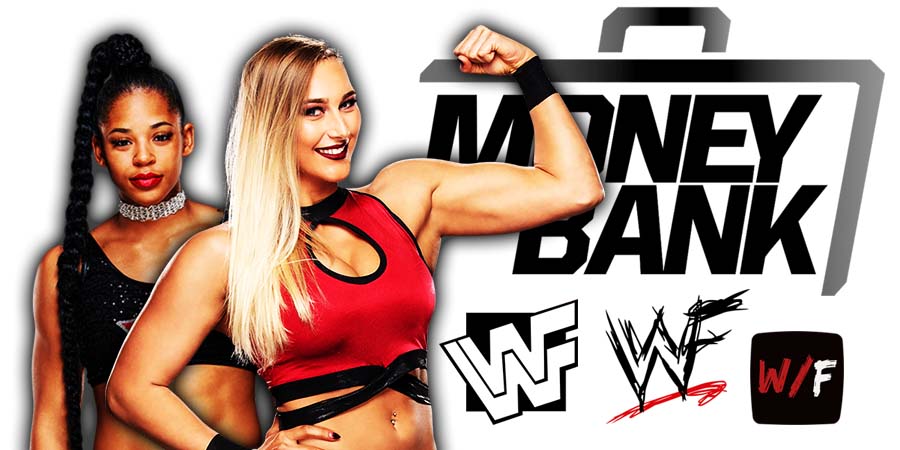 On last night’s RAW, it was revealed that Rhea Ripley is not cleared to compete, so she won’t be able to face Bianca Belair for the RAW Women’s Championship at Money In The Bank 2022.

Ripley tweeted a GIF from Dragon Ball Z related to healing, as she plans to return soon:

No word yet on what Ripley is dealing with.

Below is the updated match-card for Money In The Bank 2022:

5. One Man Gang vs. Brian Costello