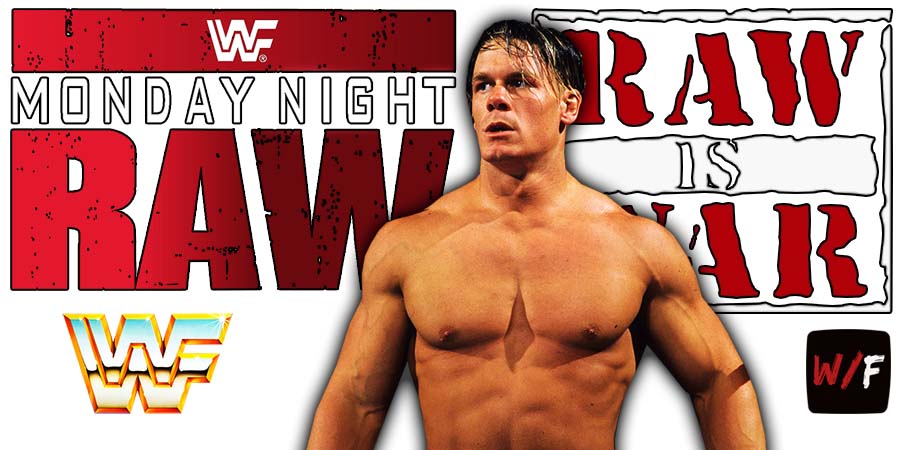 • RAW Superstar Didn’t Get Along With John Cena At First

Former United States Champion Riddle was recently interviewed by SK Wrestling, where he talked about WWE Legend John Cena and their backstage relationship.

We reported that Riddle & his RK-Bro Tag Team partner Randy Orton both appeared in a dark segment with Cena after RAW went off the air this past Monday night. All 3 men hugged in that segment.

Riddle also had an in-ring segment with Cena on RAW after Money In The Bank 2021, where they had a “Bro-Off”.

“John Cena’s pretty cool, you know. Originally, when we first met we didn’t see eye to eye. He didn’t really understand what a ‘bro’ was, but now he gets it. We’re bros.”

With Cena might be Riddle’s bro, Goldberg still isn’t. Tap here to find out what Goldberg recently said to Riddle backstage on RAW.

– The Southern Boys vs. The Fab. Freebirds (JIP from WCW Sat. Night)