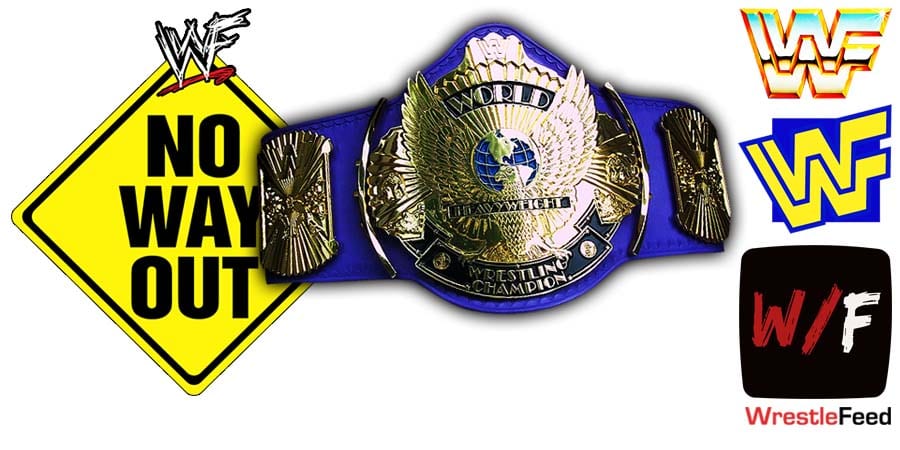 Drew McIntyre will defend the WWE Championship against 5 former WWE Champions inside the Elimination Chamber this Sunday night.

Below are McIntyre’s opponents:

– Mr. Money In The Bank The Miz

Miz told Drew that the odds are against him statistically at Elimination Chamber, and mocked Drew for trusting Sheamus. Drew told Miz to shut the hell up and laid him out with a headbutt and threw Miz’s Money In The Bank briefcase away.

.@DMcIntyreWWE does it again!

Miz then said he has no Elimination Chamber pressure thanks to the Money in the Bank contract. Miz said when he cashes-in for the WWE Title or Universal Title, he will be Champion and doesn’t have to be in the Chamber Match.

Miz then removed himself from this Sunday’s WWE Championship Elimination Chamber match.

"I'm removing myself from the Elimination Chamber Match!" – @mikethemiz

Mr. #MITB refuses to go through with #WWEChamber when he has a guaranteed opportunity!#WWERaw pic.twitter.com/64djSZltCf

Later in a backstage segment, The Miz suggested to Adam Pearce that John Morrison should replace him in the Elimination Chamber match.

"The person who takes my spot should be @TheRealMorrison!" – @mikethemiz