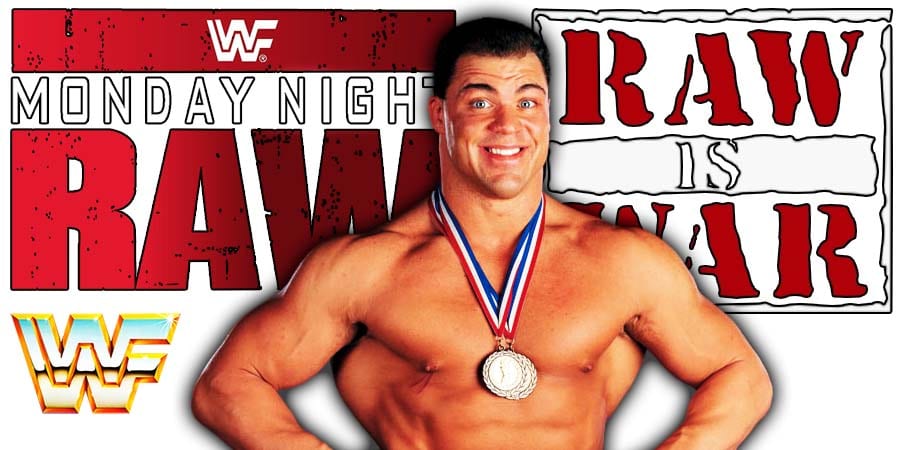 During a recent edition of his podcast, WWE Hall of Famer Kurt Angle talked about current RAW Tag Team Champion Cedric Alexander having backstage heat with Vince McMahon, when he didn’t do something Vince wanted him to do.

“You look at what they have been doing with Alexander, the Hurt Business. You know, he got in a little trouble last year.

He didn’t do something that Vince wanted him to do, and you know, if you don’t listen to your boss, things could get a little bit, you know, depressing for you, and he didn’t listen the one night, and they scolded him for a good half-year before they started using him again, and rightfully so, he should have listened.

That is his job, it’s to listen to Vince and do what Vince tells you to do, and he didn’t do that.

So, I thought, ‘Wow, this kid’s career is over,’ you know, when that happened, and Vince eventually gave him another chance.”

• On This Day In Pro Wrestling History (February 15, 1998) – Old School Wrestler Passed Away