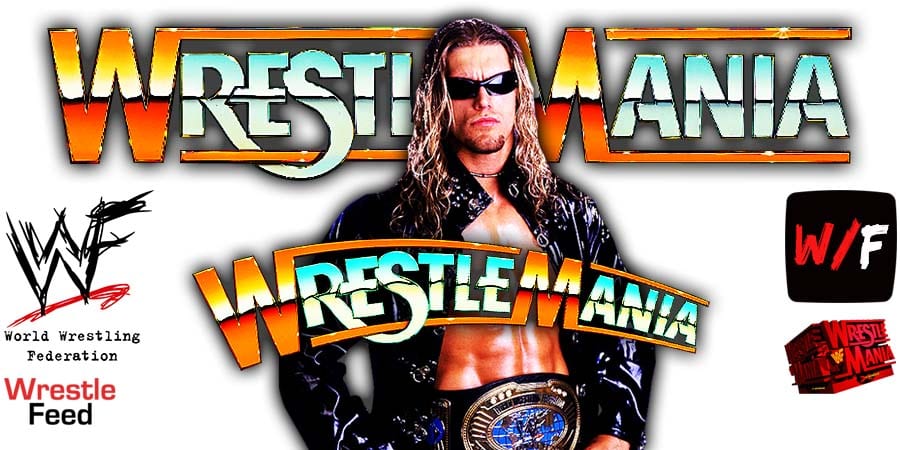 During an interview with TV Insider, new RAW Women’s Champion Rhea Ripley talked about her experience at WrestleMania 37.

Ripley noted that WWE Hall Of Famer Edge had tears in his eyes after sees fans back in attendance.

“It was crazy walking through the curtain and seeing the crowd and how excited they were. All my dreams were coming true. It was something I worked toward for a long time. I was trying to hold it all together, telling myself, ‘Don’t cry.’

Then I looked over to Edge near me, and he had tears in his eyes. He nodded at me and winked. I just lost it. I could not hold it together.

Then I saw this fan in the front saying, ‘Hey Rhea! You got this. You’re going to kill it’ — giving me this pep talk. Next thing I know, I’m being shown on the big screen.”

Ripley also revealed that Vince McMahon said to her after her Title win on Night 2 of WrestleMania 37:

“One of the big ones was talking to Vince McMahon afterward, hearing him say ‘well done’ and that I did great.

It was so surreal. It’s a dream, and I’m living it. To have the big bossman say well done was pretty insane to me.”

Also Read: A Fan Who Attended Both Nights Of WrestleMania 37 Tests Positive For COVID-19