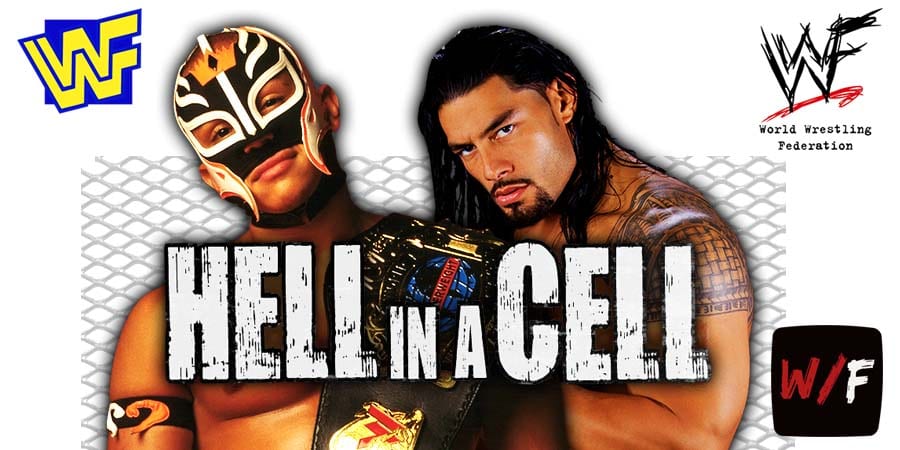 Roman Reigns was set to defend the Universal Championship against Rey Mysterio this Sunday in a Hell in a Cell match on PPV, but now it will take place two nights earlier.

Mysterio took to Twitter and said that he can’t wait till the Hell In A Cell 2021 PPV and wants this match on Friday Night SmackDown.

“It’s eating me up inside. I can’t wait any longer. I want the Hell In A Cell match tomorrow night. @WWERomanReigns @HeymanHustle”

Reigns then agreed to have the match on SmackDown:

Makes no difference to me.

It’ll be my pleasure to disgrace what’s left of your family name tomorrow night inside Hell in a Cell!

My Special Counsel @HeymanHustle will handle the paperwork.

Sunday. Friday. Any day.
Makes no difference to me.

It'll be my pleasure to disgrace what's left of your family name tomorrow night inside Hell in a Cell!

My Special Counsel @HeymanHustle will handle the paperwork.

We’re being told that this is being done to make WWE’s TV shows interesting and must-watch once again.

This is why WWE has done a lot of big title matches on SmackDown instead of PPV, like Roman Reigns vs. Daniel Bryan, the Fatal-4-Way Intercontinental Championship match, the recent WWE Women’s Tag Team Title change & more.

WWE doesn’t have to worry about the WWE Network subscriber number anymore as their Peacock deal is set in stone, with WWE getting a guaranteed $1 billion for 5 years, so that’s why they decided to give this PPV-caliber match on free TV, in hopes for an increase in TV viewership.

Reigns vs. Mysterio wasn’t going to main event this Sunday’s Hell In A Cell PPV anyway, as Bobby Lashley vs. Drew McIntyre in a Hell in a Cell match for the WWE Championship is the main event (it’s a last-chance match for McIntyre).

• Old School AWA Legend Would Have Celebrated His Birthday

Today would have been the 85th birthday of Old School Wrestling Legend Larry “The Axe” Hennig.

He was the father of Old School WWF Legend “Mr. Perfect” Curt Hennig, and the grandfather of current WWE Wrestler Curtis Axel.

Larry isn’t in the WWE Hall of Fame yet, but will most likely be inducted one day as part of the annual Legacy Wing inductions.