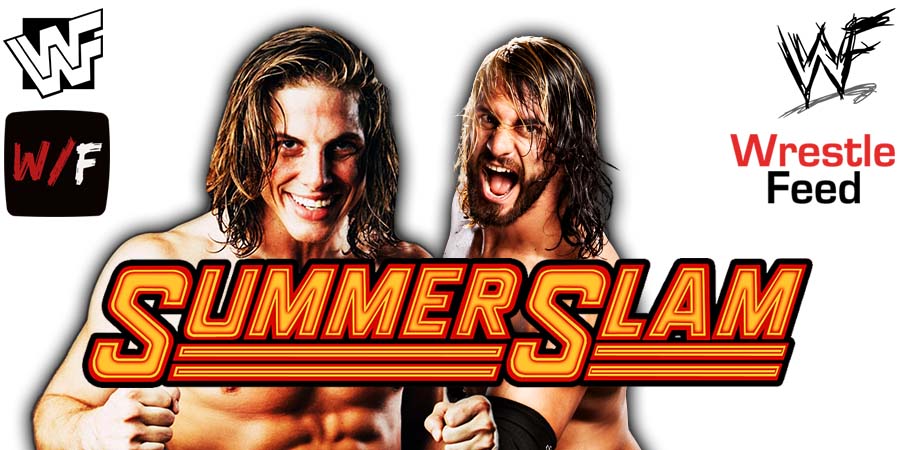 According to Fightful Select, this is a kayfabe injury due to “creative adjustments”.

Rollins & Riddle were informed about this change on Monday and the current plan is to save this match for the “Clash At The Castle” premium live event in the United Kingdom on September 3rd.

Seth is still scheduled to travel to Nashville for the SummerSlam weekend due to media obligations.