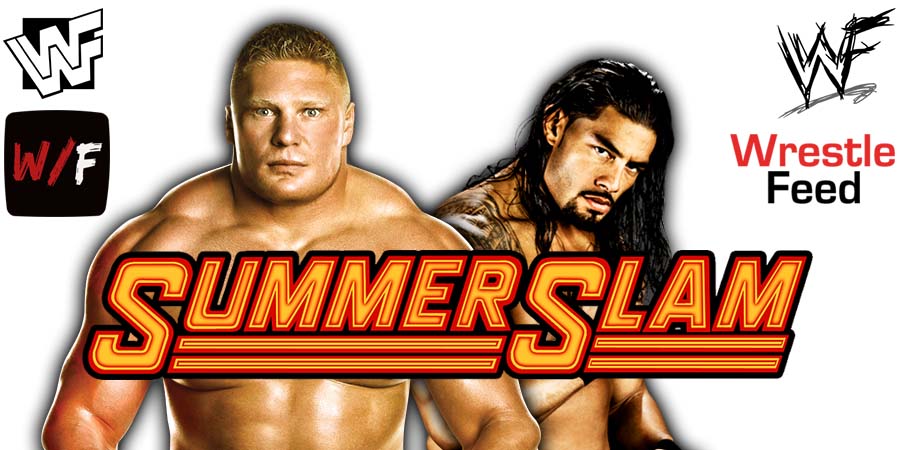 During his appearance on The Today Show, Undisputed WWE Universal Champion Roman Reigns talked about his final battle with Brock Lesnar, which will take place this Saturday night at SummerSlam 2022.

Roman said he’s going to do what no other man has ever done – beat Lesnar 4 times in a row.

“I hope it’s the last time. It’s brutal being in the ring with Brock. He’s a big old country boy and he’s got such a great, legitimate background.

I’m on a course right now to do something that no one has ever done — dominate Brock Lesnar.

I’m really pushing myself to a different level and just trying to achieve things that have never been done before, and anytime you can beat Brock Lesnar, you know, three times in a row, that’s pretty good. That’s a feather in the cap.”

While Roman says he’s planning to beat Lesnar 3 times in a row, it will actually be 4 times in a row if Reigns wins this Saturday.

Below are the results of their last 3 matches against each other: