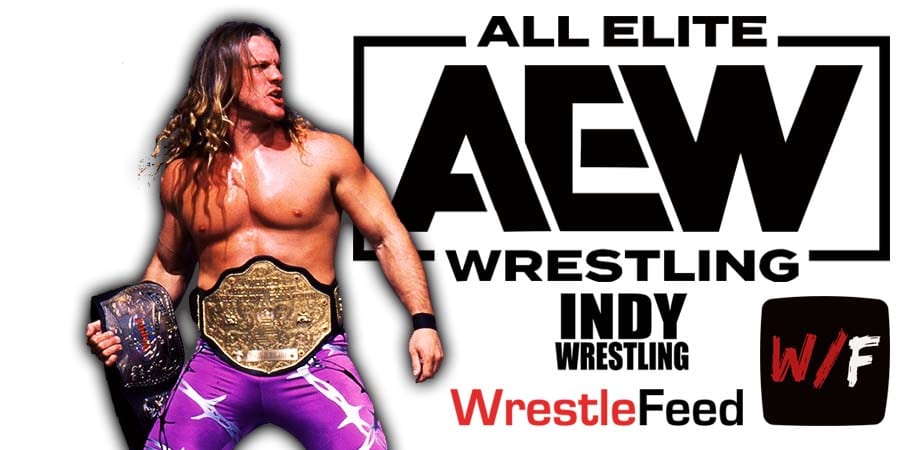 Below are the results from tonight’s “Fight For The Fallen” special edition of AEW Dynamite:

After the match, The Jericho Appreciation Society came out. Chris Jericho said he has waited two and a half years and demanded his rematch for the Title at AEW Dynamite: Quake By The Lake. Moxley agreed and said he wants “The Lionheart” Chris Jericho in that match.

– AEW Trios Titles have been officially revealed and the inaugural Champions will be crowned at the All Out 2022 PPV.

Here is a better look at the #AEW TRIOS CHAMPIONSHIP belts, designed & crafted by #RedLeatherBelts.
The first champions will be crowed at #AEWAllOut, Sunday, September 4 LIVE on PPV from the @NOW_Arena, get your tickets now @ https://t.co/UN1cNj1kQq pic.twitter.com/AGuQ7VokPN

Starks said he wants another challenger and issued an Open Challenge, which was accepted by Taz’s son Hook.

After the match, Powerhouse Hobbs turned on Starks and took him out.

– Jungle Boy said Christian Cage is the biggest puss he’s ever met, that Christian needed money and used him and Luchasaurus after his wife divorced him. Christian said that Jungle Boy told all his secrets and he is now going to drape JB in a bodybag next to his father.

After the match, Swerve saw that Josh Woods has ambushed Keith Lee.

Also Read: Tony Khan On If Stephanie McMahon & Triple H Would Be Open To Working With AEW

The Diamond Studd vs. Yellow Dog

The Hardliners vs. Freebirds