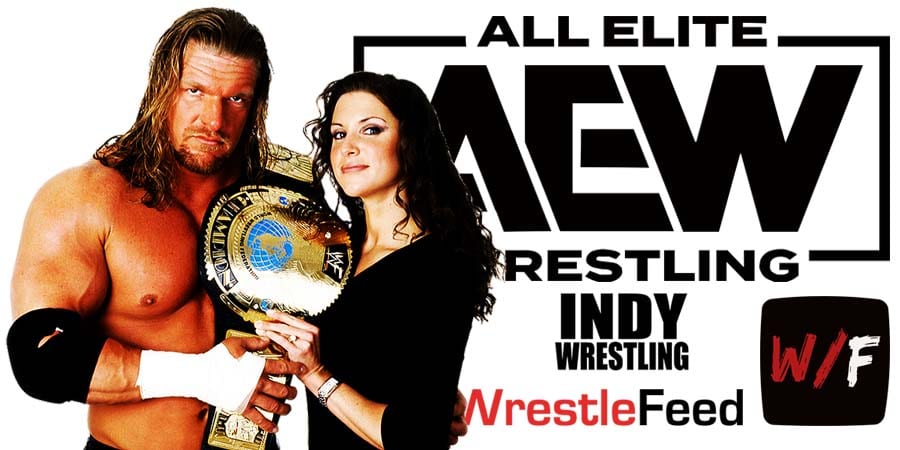 AEW has worked with many wrestling companies, like New Japan Pro Wrestling and IMPACT Wrestling.

However, what fans would like to see the most is a crossover event between WWE & AEW.

When Vince McMahon was in power, such a scenario could’ve been completely ruled out and was never going to happen

However, with Vince gone, it will now depend on the brand new Co-CEOs Stephanie McMahon & Nick Khan and Head Of Creative Triple H to decide about such things.

AEW President Tony Khan said the following about a crossover event between WWE & AEW during an interview with NBC Sports Boston:

“I’m not sure if that’s the case, but I would certainly be open to talk with pretty much any wrestling promotion in the world about how to work together if the circumstances are right.

We’ve worked with, I would say, in terms of securing footage or providing talent with probably a dozen companies around the world, including Ring of Honor before I was the owner, when they were owned by Sinclair.

I’d like to think that was positively received by them and we did things to help them out when they were in tough times and I think that goodwill helped us in the sale process.”

Chris Jericho also touched on this topic during a recent interview with Cinema Blend:

“I think one of the best things that we’ve done as a company with AEW is obviously we know WWE exists, and obviously we know that they’re out there and they see us as 1,000% competition. But we don’t really worry about what’s going on in their world.

We’re much more concerned with our own shows, sharing the best shows we can, and improving everything we can, telling the best stories we can. So to me, they’re kind of a ship on their own, and we are much more diligent about AEW generally.

I mean, like I said, I care, but not really worry. So is it going to affect us anyway? We’ll see, I don’t know if there will ever be, you know, a WWE vs AEW crossover pay-per-view. But stranger things have happened. So, we’ll see.”

He’s best remembered as Rick Rude’s Tag Team partner and for being a member of a stable called “Paul Jones’ Army” during the 80s.

As of this day Manny ain’t retired and is still competing on the independent scene every now and then, mostly in 6 man Tag Team matches.

His famous NWA entrance theme music was “Beat It” by Michael Jackson.