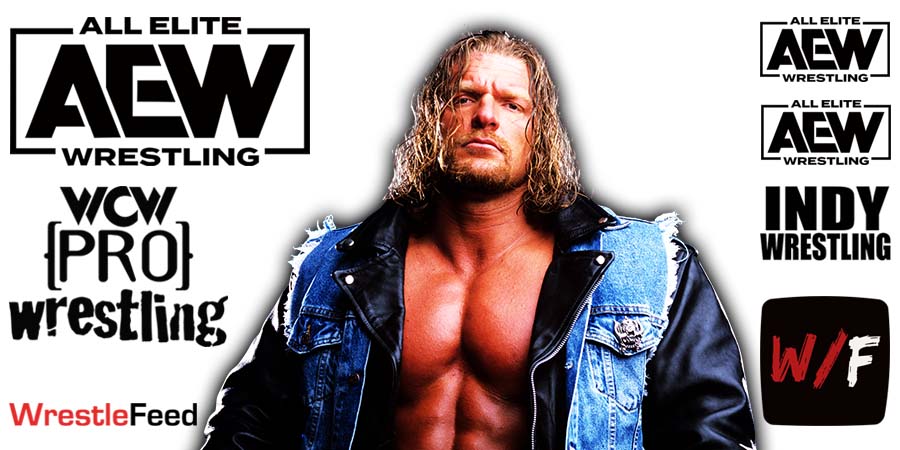 Many fans finally had their longtime wish come true – Triple H becoming the Head of Creative in WWE.

According to Fightful Select, many former WWE wrestlers (who are now in AEW) feel they would’ve stayed in WWE had Triple H gained control earlier:

“One former NXT talent that had options within WWE before signing elsewhere said that they felt an incredible sense of loyalty to Triple H, and had he been the person managing their creative future ‘things could have been much different’.

That talent, and another talent that ended up in AEW said that they had no confidence in being creatively satisfied on the WWE main roster.

One said ‘I’m glad that I went to AEW, but if I was graduating to a Triple H-led SmackDown or RAW, I probably would have re-signed with WWE before my deal was up.'”

Also Read: Triple H Is Planning To Make A “Creative Splash” At SummerSlam 2022

After wrestling for Ted Turner’s WCW as Terra Ryzing & Jean-Paul Lévesque, he joined the World Wrestling Federation in January 1995 under the ring-name Hunter Hearst Helmsley.

Triple H eventually ended up getting married to Vince McMahon’s daughter Stephanie McMahon, thus he became the son in law of the most successful professional wrestling promoter of all time.

HHH was also the leader of 2 of the greatest factions in professional wrestling history: D-Generation X and Evolution.

In 2019, he was inducted into the WWE Hall of Fame with other DX members X-Pac, Chyna (posthumously) and The New Age Outlaws.