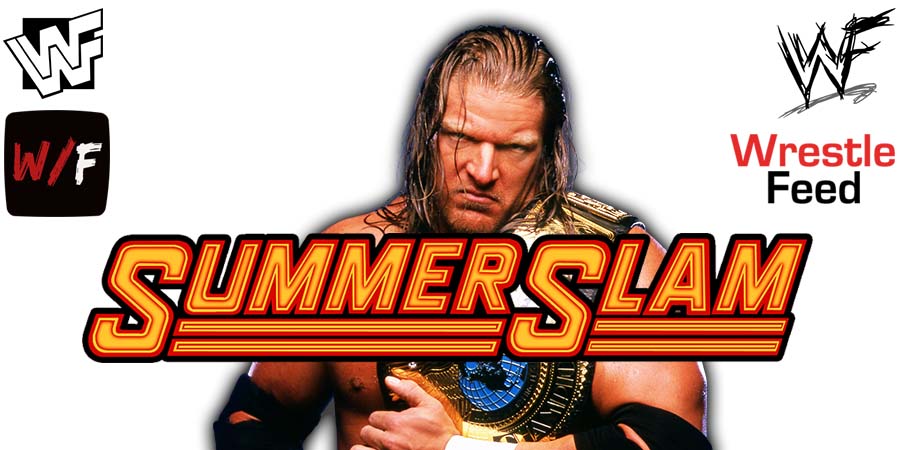 This Saturday’s SummerSlam 2022 will be the 1st show that Triple H will really have full control over and he might book something big if it makes sense.

Here’s what WrestleVotes is reporting:

“With SummerSlam being his real first show in total control, source says Triple H would like to make a creative splash at the event.

HOWEVER – only if it’s makes sense. Won’t just do something to do it.”

The Game held a meeting with all the WWE stars before Monday’s RAW at Madison Square Garden.

Fightful Select revealed what Triple H said to the wrestlers in this meeting:

“Triple H led the meeting and promised the talent transparency that some of them don’t feel has existed under the previous regime.

He also said that he wants open lines of communication between himself and talent.”

It was broadcasted from the Mid-South Coliseum in Memphis, Tennessee and featured matches, interviews & storyline segments on the road to the ‘WCW Road Wild 1999’ PPV.