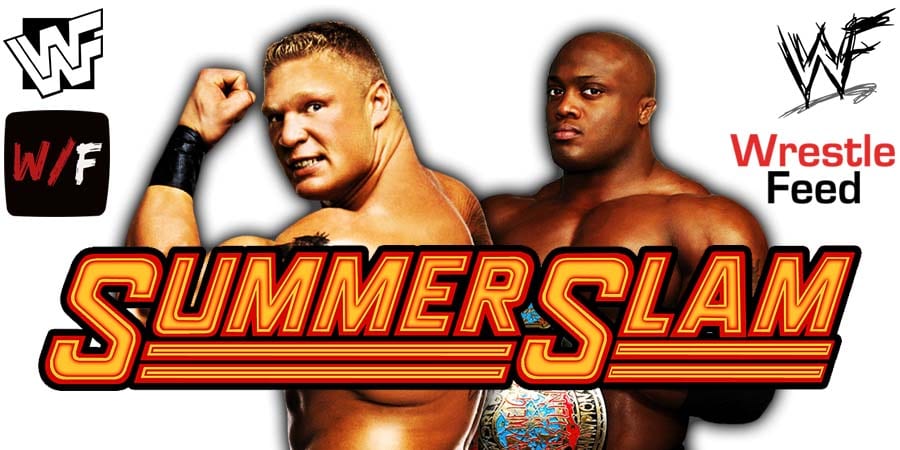 As we noted earlier, WWE Hall Of Famer Goldberg will be returning on next week’s RAW to challenge Bobby Lashley to a match at SummerSlam 2021.

According to the Wrestling Observer, WWE isn’t bringing Brock Lesnar back for a match against Lashley because they want to do a Brock Lesnar – Roman Reigns program again, and don’t want Lesnar to look weak after suffering a loss to Lashley (which would be two big losses in a row for him, with his last loss being to Drew McIntyre):

“The Lesnar match was talked about a lot but constantly denied. The feeling was that Lesnar isn’t coming back for a number of shows right now, so he’d have to lose.

And those in the Reigns camp see Reigns vs. Lesnar with the Heyman history as a big program not to be weakened by Lesnar doing a job or doing a non-finish with Lashley right now.”

Also Read: The Rock Could Be Involved In A Tag Team Match At WrestleMania 38

The Great Kabuki vs. Keith Larson