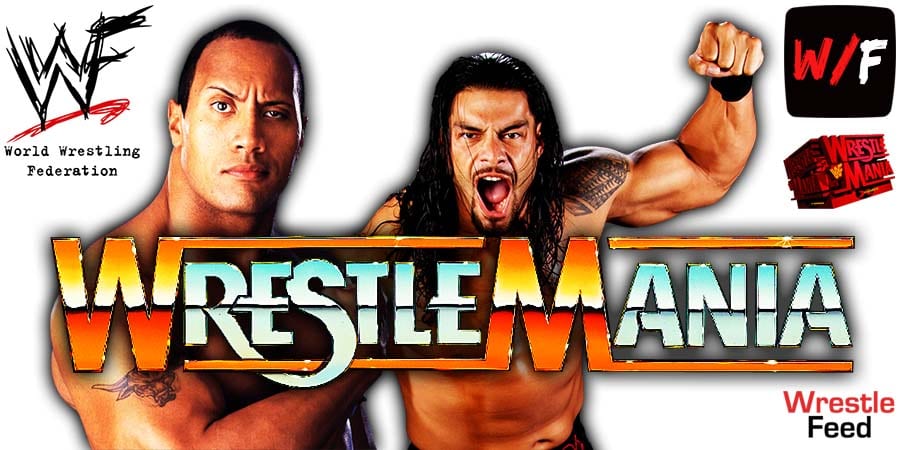 As we have noted before, WWE is planning to do The Rock vs. Roman Reigns at WrestleMania 38 next year.

The seeds for this match could be planted at this yer’s Survivor Series PPV, where The Rock is rumored to appear to celebrate the 25th anniversary of his WWF debut.

According to the Wrestling Observer, WWE Officials are working on a backup plan for The Rock at WrestleMania 38:

“One idea that has been talked about, as the goal is Reigns and Rock in Dallas for the 2022 Mania, is that if concessions have to be made regarding Rock and movies and injury fears, that they do Reigns and an Uso vs. Rock and an Uso, so Rock can be protected from doing too much and it keeps it all in the family with the idea and Rock and Reigns as who is really the Tribal Chief.

Obviously the singles match is the preferred match but any involvement of Rock is preferred over him not doing the show.”

We’ll keep you updated regarding The Rock’s status on our WrestleFeed App.

It was broadcasted from the Providence Civic Center in Providence, Rhode Island and featured matches, interviews & segments, on the road to the ‘WWF Invasion 2001’ PPV.

6. The Dudley Boyz vs. The Hardy Boyz