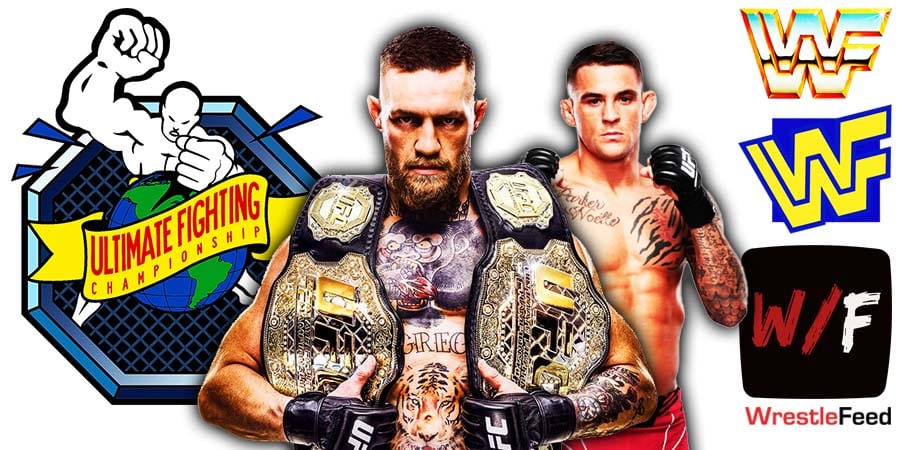 During his appearance on Keepin It 100 with Konnan podcast, WWF Legend Chris Jericho was asked about his thoughts on Conor McGregor’s loss to Dustin Poirier at UFC 264.

So I think it was actually a stroke of fate that’s going to end up making them all more money that Conor broke his ankle. Because he would’ve been done in about another two minutes anyway.

The only thing I would say for Dustin, if he’s going to take a number four, which I would say ‘go f**k yourself, I’m not doing it’. I’d say ‘okay, you want number four? I want a 50-50 purse split with Conor’. See what happens.

Also Read: Conor McGregor Says He Was Injured Heading Into UFC 264 & Dana White Knew It Too

It was taped in Oakland, California and featured matches, interviews & storyline segments on the road to the ‘WWF Fully Loaded 2000’ PPV.

1. Christian & Edge vs. The Dudley Boyz

2. The Godfather vs. Bull Buchanan