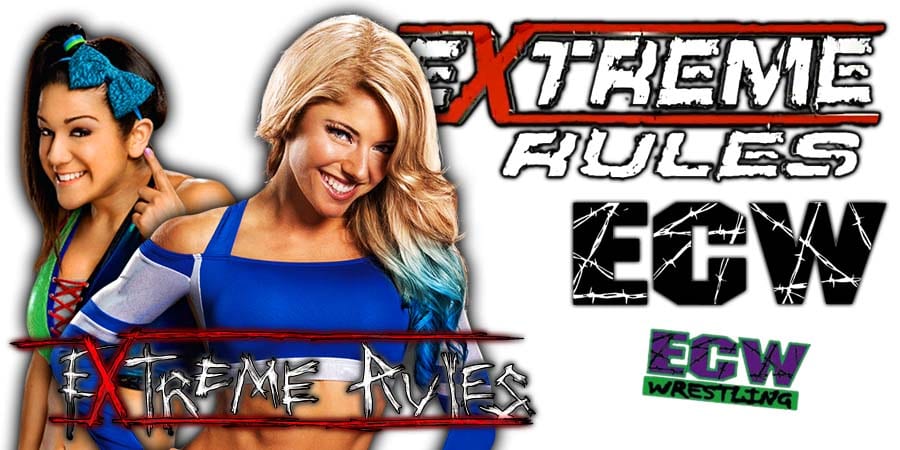 – The Ultimate Warrior vs. Curtis Thompson

As seen on this week’s RAW, Nikki Cross won a Beat The Clock challenge and got to pick a stipulation for Bayley vs. Alexa Bliss match at Extreme Rules 2019 for the SmackDown Women’s Championship.

Nikki added herself to the match and the match will now be a 2 on 1 Handicap match.

According to the Wrestling Observer, the real reason WWE changed this 1 on 1 match to a 2 on 1 handicap match is because of Alexa Bliss’ illness.

Alexa is dealing with a really bad sinus infection, so WWE officials decided to add Nikki to the match in order to protect Alexa during the match. Due to her illness, Alexa didn’t appear on this week’s RAW and SmackDown.