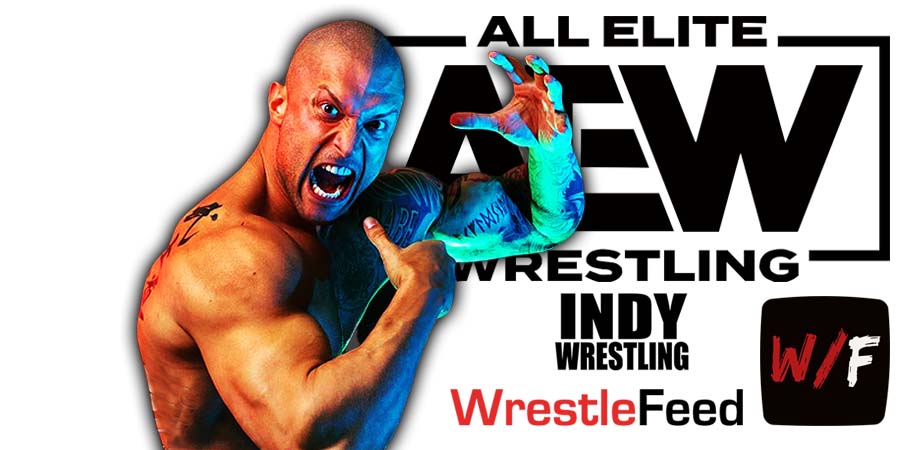 The plan that was pitched to him was to face Wardlow in one of his MJF challenges.

Kross then learned that his wife Scarlett wouldn’t be a part of this, so the two sides couldn’t reach a deal:

“Killer Kross, formerly Karrion Kross, was approached for the match against Wardlow. However, we’re told the two sides couldn’t come to terms for the appearance and decided against it.

At the ROH Supercard Of Honor Post-show scrum, Tony Khan said that he enjoyed Killer Kross and Scarlett’s work and he was open to doing something with them in the future.

Kross was approached by AEW after those comments and a tentative plan for him to work the May 4 show was mentioned.

As the date got closer, Kross became aware that his wife Scarlett would not be a part of the presentation in All Elite Wrestling.

Kross was concerned that his introduction to the AEW audience would mimic that of his WWE debut against Jeff Hardy, as opposed to the successful NXT formula that helped lead him to two NXT Championships.

Those that we’ve spoken to believe that AEW and Kross are on good terms and there’s a possibility they’ll do business in the future.”

Gordon Solie Does A Capitol Combat Wrap Up