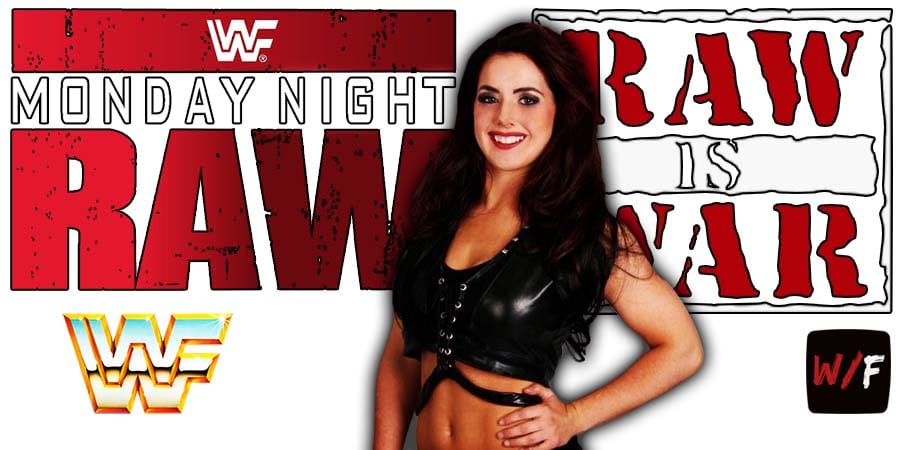 • Reason Behind Nikki A.S.H. & Doudrop Being Removed From The RAW Main Event After Sasha Banks & Naomi Walked Out

In the main event of last night’s RAW, WWE originally planned a 6 Pack Challenge to determine the #1 contender for the RAW Women’s Championship: Naomi vs. Sasha Banks vs. Asuka vs. Becky Lynch vs. Nikki A.S.H. vs. Doudrop.

When Sasha & Naomi walked out of RAW, WWE changed this #1 contenders match to just Asuka vs. Becky Lynch.

According to the Wrestling Observer, Asuka vs. Becky took place twice at Live Events over the weekend, so they had a match prepared already, so they didn’t want to take any chance with Nikki & Doudrop in a Fatal 4 Way with last minute changes:

“They knew Asuka and Becky Lynch have been working matches. Not a lot, but they worked at the house shows already. They worked two matches this weekend. So they were ready. They have a match ready.

I know some people were just like, ‘Oh before people would show up 5 minutes before the match and be able to do it,’ but you know, it’s a 4-way and they wanted to be safe.

I don’t really know, given that with Naomi out and the decision, that Asuka was going over, I don’t know that Nikki and Doudrop add anything to the match anyway, so it was probably in that sense.

It weakens the match in a main event situation and the direct singles match is a better match to main event the show. At that point, that was probably the best way to go.

They were probably in there to do the job or shoot an angle or something like that that wasn’t really necessary anymore.”

Also Read: Who Are The 2 Women That WWE Claims Sasha Banks & Naomi Are Uncomfortable With?

In 1999, Alex Wright Was repackaged as “Berlyn”, a gimmick that only lasted for several months, before he switched back to his real name again.