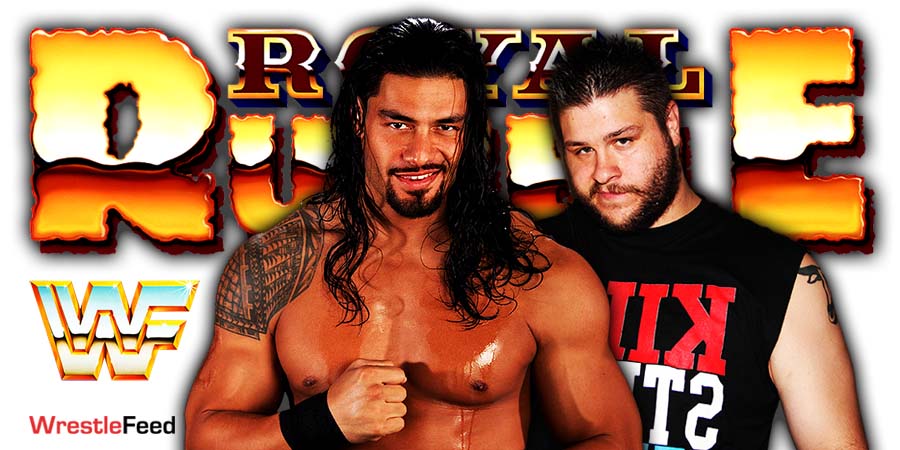 During their Last Man Standing match for the Universal Championship at Royal Rumble 2021 this past Sunday, Kevin Owens handcuffed Roman Reigns at the bottom of a pole.

The referee was about to count to 10 and Reigns was going to lose, but Reigns sent the referee face-first to break the count and then low-blowed the referee.

Paul Heyman then came out with a key to unlock Reigns and another referee came out to begin the count again.

This new referee had to stop the count in between because Heyman wasn’t able to unlock Reigns’ handcuffs and it would’ve resulted in Reigns losing the Title, which wasn’t the plan.

Dave Meltzer revealed on Wrestling Observer Radio that the keyhole was on the other side and Heyman couldn’t find it.

You can read the conversation between Meltzer and Bryan Alvarez about this below:

Alvarez: It was on the wrong side? So, why didn’t he turn the handcuff over?

Meltzer: Eventually, he did (laughs). They did get him out!

Alvarez: So, he was just jamming the key into the side in which there was no hole and couldn’t figure out why it didn’t work?

Alvarez: The bigger question is that nobody had a pair of bolt cutters in the building to just go and clamp it off?

Meltzer: Perhaps, they could, but they weren’t going to beat the ten count.

Alvarez: Well, they were never going to beat the ten-count anyway. They might as well just got those things out there.

Meltzer: Maybe nobody was thinking on their feet about bolt cutters! Maybe they were just thinking we need a key.

On this day in 1986, we lost Old School Wrestling Veteran Gino Hernandez (Real name: Charles Wolfe Jr.) at the young age of only 28 from a cocaine overdose.

During his WCCW days, he was managed by famous old school wrestling manager Gary Hart.