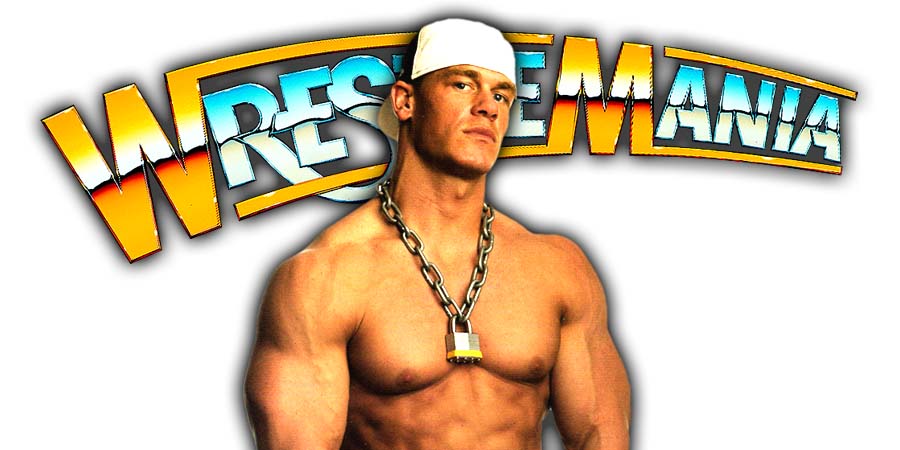 WWE posted the following regarding the SmackDown Live General Manager status ahead of tonight’s post-WrestleMania 34 edition of SmackDown:

What does the future hold for the leadership of SmackDown LIVE and the Superstar Shake-up?

“The state of SmackDown LIVE’s management team was certainly in flux leading up to WrestleMania 34. Shane McMahon had announced that he would be taking an indefinite leave of absence as Commissioner of the blue brand, and Daniel Bryan had just been cleared for in-ring competition.

Now that the two have vanquished Kevin Owens & Sami Zayn from SmackDown LIVE for good following their win over The “Yep!” Movement at WrestleMania, what’s next for the Commissioner and General Manager? Will Shane officially return from his leave of absence and what impact will his health issues have on his decision? Will Daniel Bryan continue to split time between the ring and the office? And how will the Superstar Shake-up impact these decisions?”

16 Time WWE World Heavyweight Champion John Cena tweeted the following after his loss to The Undertaker at WrestleMania 34:

• Reason Behind RAW Star Not Using His Alter-Ego Gimmick

The reason for this is Vince McMahon wanting to protect Balor’s Demon gimmick. This basically means that a win is guaranteed for Finn Balor if he uses his Demon gimmick and that strategy isn’t going to change anytime soon.

Balor only suffered one loss under his Demon gimmick back in NXT as well.

Balor captured the Universal Title when he used the Demon gimmick for the first time ever in a WWE main roster match (back at SummerSlam 2016).

The last time he used that gimmick was at last year’s TLC 2017 PPV, where he defeated AJ Styles (who wasn’t the WWE Champion at that time).