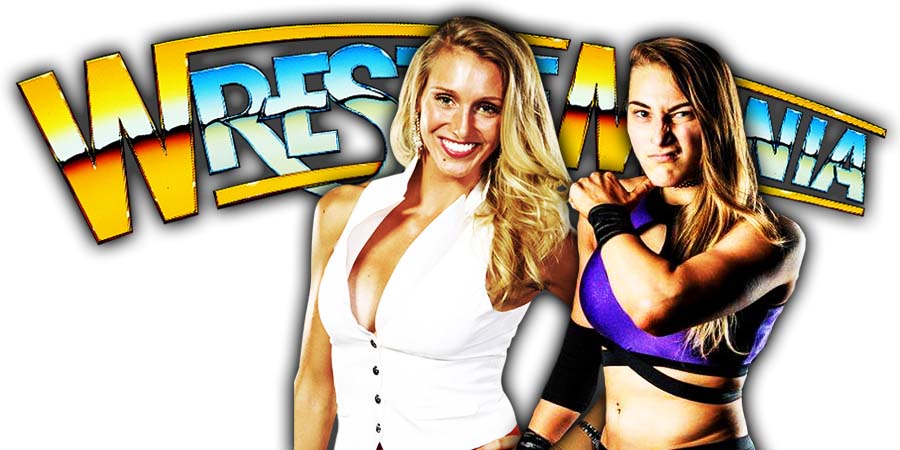 In the first match of the main show of WrestleMania 36 Night 2, 2020 Women’s Royal Rumble winner Charlotte Flair made NXT Women’s Champion Rhea Ripley tap out and won the Title.

According to PWInsider, Ripley was forced to go back to Australia due to her work visa expiring and that’s why WWE decided to put the NXT Women’s Title on Charlotte.

“Given the current state of the world, there is no known timetable for her return, but given the different quarantines involved with international travel in each country, there is no real way for her to return in time for this week’s scheduled NXT tapings in Florida, which will cover multiple episodes of the USA Network series.”