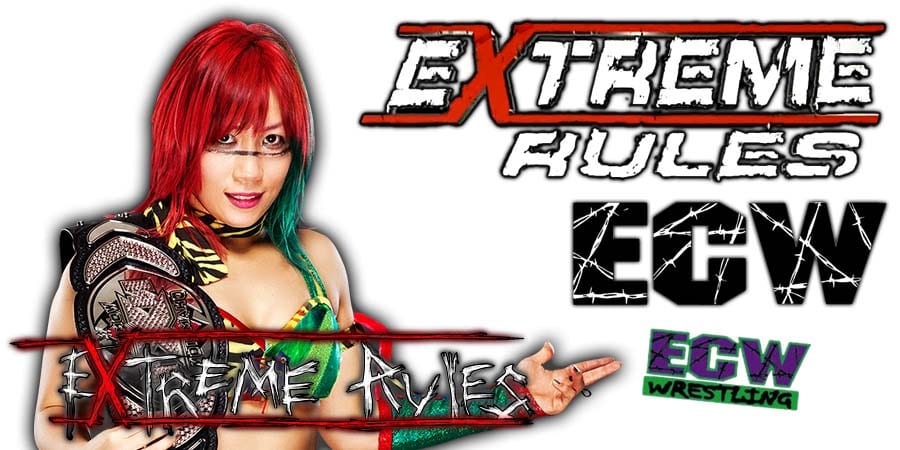 Asuka vs. Sasha Banks for the RAW Women’s Championship ended in controversy at The Horror Show At Extreme Rules, as the referee was taken out, due to which SmackDown Women’s Champion Bayley put on his shirt to officiate the match and declare Banks as the winner.

The Wrestling Observer is reporting that the match was originally set to finish with Asuka defeating Banks to retain the Title. However, Vince McMahon changed plans at the last moment.

This was done to get fans to tune into tonight’s RAW, as the ratings for the show have been very low lately (with RAW drawing its lowest viewership ever last week).