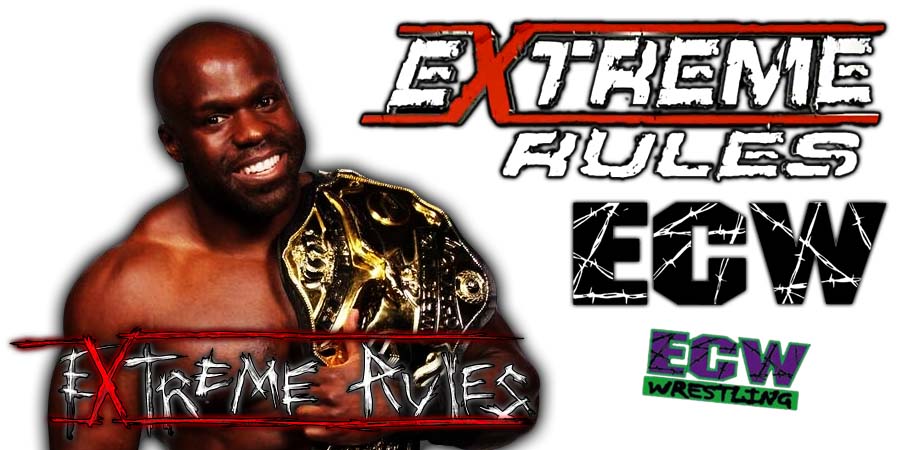 WWE United States Champion Apollo Crews was set to defend his Title against MVP at The Horror Show At Extreme Rules last night, but he couldn’t compete there as he wasn’t medically cleared to wrestle due to an attack from Bobby Lashley on RAW a few weeks ago.

MVP came out and declared himself the new United States Champion via forfeit.

Although WWE is claiming that Crews is injured, it obviously isn’t the real reason why he wasn’t there.

The Wrestling Observer is reporting that Crews tested positive for COVID-19, as expected by many people.

Crews hasn’t worked the past two episodes of RAW as well, so it’s clear that he’s sick. However, WWE, as always, won’t publicly announce if Crews has tested positive for COVID-19.

Below is what Crews tweeted last night:

@The305MVP is trippin thinking he can claim himself the #USChampion. I was looking forward to shutting you BOTH up once and for all tonight at #ExtremeRules but once I’m cleared .. #ImComingforwhatsmine