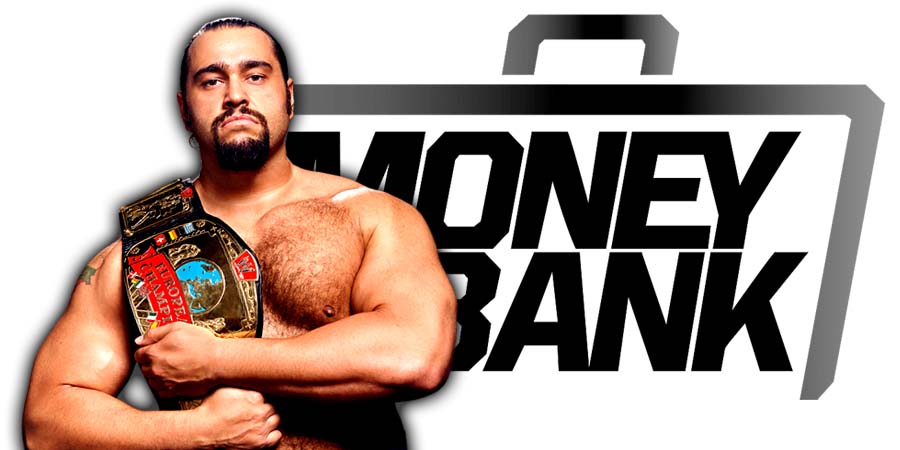 During a recent edition of E&C’s Pod Of Awesomeness, RAW wrestlers Fandango and Tyler Breeze (Breezango) talked about pitching their own gimmick, Vince McMahon’s reaction to The Fashion Files, Breeze being almost fired on more than one occasions, Triple H saving him when saw him perform good and more.

Fandango on Breezango pitching their own gimmick:

“It was just example of, like, before tagging with Breezy, you weren’t really booked on TV, so it’s easy just to sit around every week at TV and being frustrated, but I think we utilized the [WWE].com guys really well, just kind of being proactive. And trying to almost, like, pitch our own little gimmick there and I think it’s just a good example of being proactive and just trying to make something happen. And I talk to Breeze all the time and we’re really proud of what we did because no one really gave that to us. We kind of put in the work for that.”

Tyler Breeze on Vince McMahon’s reaction to The Fashion Files:

“A lot of the reason why it was a success and that it became a thing was because of social media. I guess we did one episode and it was kind of supposed to end after that, but I guess it was the number one trending thing on SmackDown or something like that. And even Vince, he was like, ‘I don’t get it, but the people like it, so keep doing it.’ And it was all-of-a-sudden eight months later because of social media.”

Breeze on being almost fired on more than one occasions, Triple H saving him when saw him perform good:

“I’ve never been the chosen one or however you want to say it, so when I got hired, I kind of had been working for about four years. Cesaro, it was his debut in FCW. He just got signed and I had his first match on FCW TV at the time, which got viewed by like 50 people in Florida. And they put all this emphasis on it, like, ‘okay, this guy’s special. We’ve got to make it a big thing.’ Whatever. So he did a thing where he threw me up in the air and uppercutted me out of the air and I guess it looked really cool, but I guess the people literally went, ‘okay, don’t fire him yet. There might be something here,’ so one little thing like that saved me for another year.”

“We end up having the first NXT pilot at Full Sail [University] to test out and see if Full Sail work work for the venue for NXT. And I ended up having a match with one of the guys in Ascension. He was just basically going to kill me, but he was my friend so he goes, ‘no, let’s have a match.’ So we have this match and Triple H happened to be there and he just kind of looked over at Dusty [Rhodes] and he goes, ‘who’s this guy? Like, why have I never seen anything of his?’ And, all-of-a-sudden, I got saved again. I just kind of keep getting saved along the way. All-of-a-sudden, Dusty says Hunter liked what he saw and I’m off the list again.”

Third time he was supposed to be cut at the end of ESPN’s E:60 episode on NXT:

“I was picked on it and it was revealed to me after from Triple H that I was supposed to be the guy who doesn’t make it. I was supposed to be like, ‘hey, let’s follow you around for ESPN and at the end, you’re getting fired.’ And, of course, I had no clue, so I’m think, ‘oh, that’s awesome – this ESPN thing is going to be really cool.'”

As we have noted before, WWE is set to end the Rusev Day gimmick by splitting Rusev & Aiden English. Rusev is then expected to get back with Lana on WWE programming.

According to DirtySheets.Net, WWE is ending the Rusev Day gimmick despite good merchandise sales because Rusev’s WWE contract is set to expire in April 2019 and both parties (WWE & Rusev) aren’t interested in signing a new deal.