– As we all know by now, former two time WWE Cruiserweight Champion Neville has asked for his WWE release. The Dirty Sheets podcast has revealed some reasons behind why Neville asked for his release.

Neville wasn’t happy with being stuck in the Cruiserweight division and wanted to work programs with top stars in the WWE, but WWE officials refused his request of getting out of the Cruiserweight Division. Neville also wasn’t happy with his WrestleMania 33 match being left off the official DVD and him losing out on royalties from the best selling WWE DVD of the year.

These are basically the same reasons why Austin Aries left WWE. Neville now wants to work on the indies and make a name for himself, similar to how Drew McIntyre did (he’s the NXT Champion now).

– Speaking of the Cruiserweights, there were plans for Enzo Amore to get a bodyguard (similar to Shawn Michaels & Diesel), but it looks like that plan has been dropped now. The names that were being considered for the role of the bodyguard were former TNA wrestler Gunner and NXT wrestler Babatunde Aiyegbusi (who’s 6’9, 350 lbs).

Below is a photo of Babatunde Aiyegbusi: 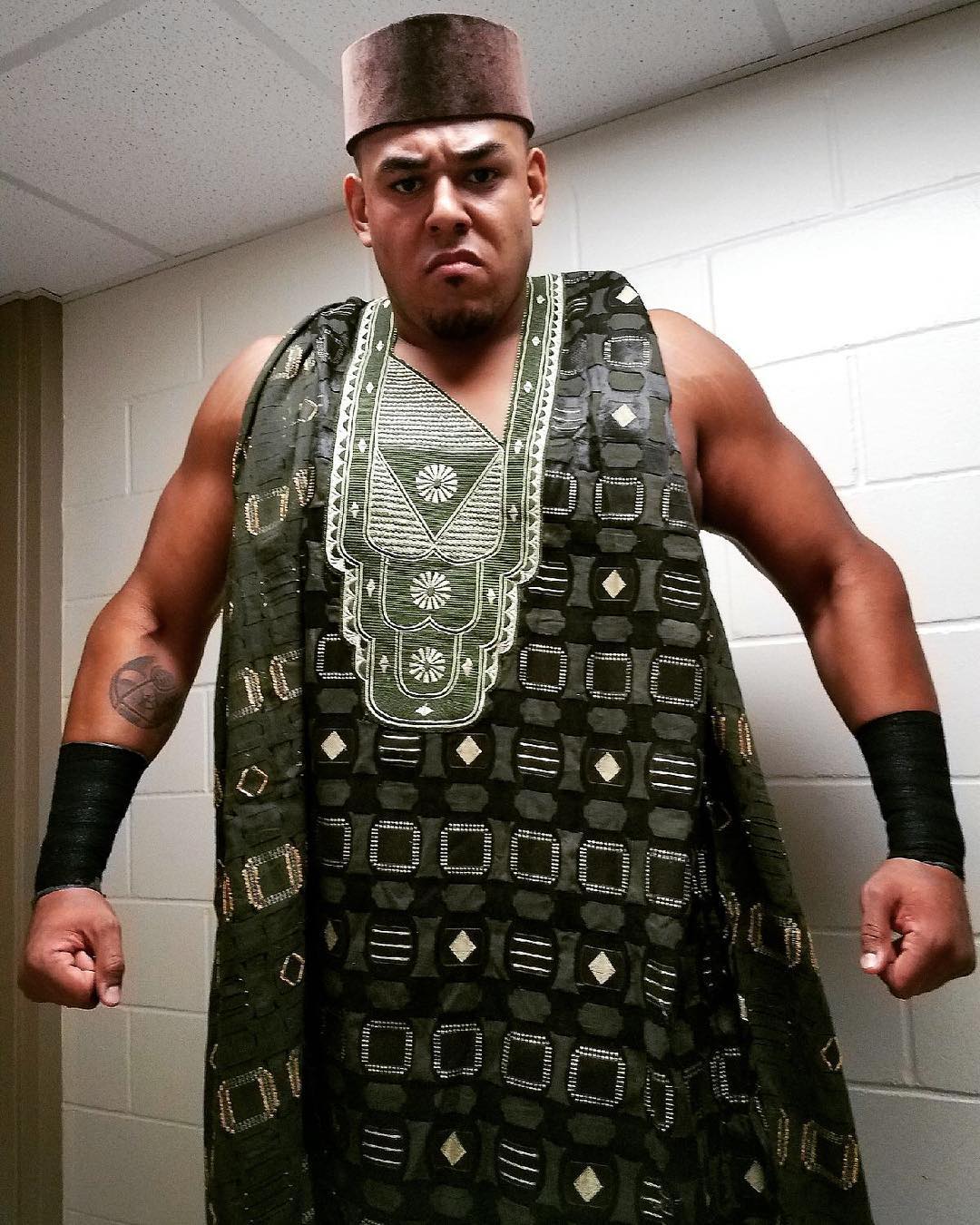