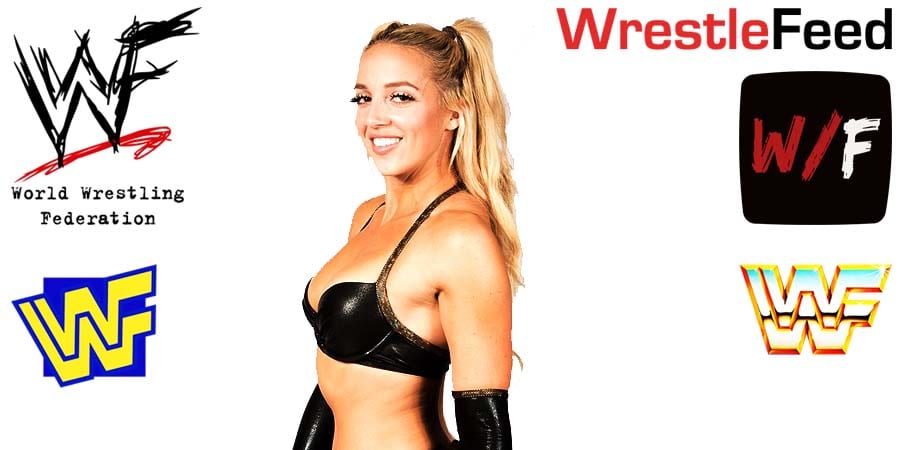 During a recent appearance on Straight To Hell podcast, former WWE wrestler Chelsea Green revealed the ideas that she pitched in WWE.

“I had so many. I had a Daisy Duke character (for the tag team of Steve Cutler and Wesley Blake). I had a sexy nun character for The Messiah [Seth Rollins]. Like what would be The Messiah’s follower or worshipper. I pitched to be Dominik’s girlfriend.

When it’s a girl, I do try to ask because I feel like it’s a respect thing. However, I’m too afraid to ask Seth Rollins, and I don’t know Dominik, so I just pitched that.

I pitched so many. One of my favorites that I pitched was being a TRIIconic. So like trying to get in and be with them and do a fake Aussie accent and try and split them up, but have them realize that I’m really the crazy one.”

Later during an interview with Metro UK, Chelsea revealed that she also pitched an idea of being with Alexa Bliss & The Fiend because she thought her old “Hot Mess” character from Impact Wrestling would fit in:

“I was always trying to figure out a way to incorporate myself into that group because I felt like that was such an extension of the Hot Mess in so many different way. I felt the Hot Mess could fit in perfectly there!

Then also, I do feel like that group, they’re so strong the two of them, but they’re almost missing that third person that can jump over to the women’s division.

Alexa’s the puppeteer, The Fiend’s the men’s side, so why can’t they have a woman to take over to the women’s division and then they’re taking over the entire show? Or then Alexa has a tag partner – there’s just so many different ways to spin it.”