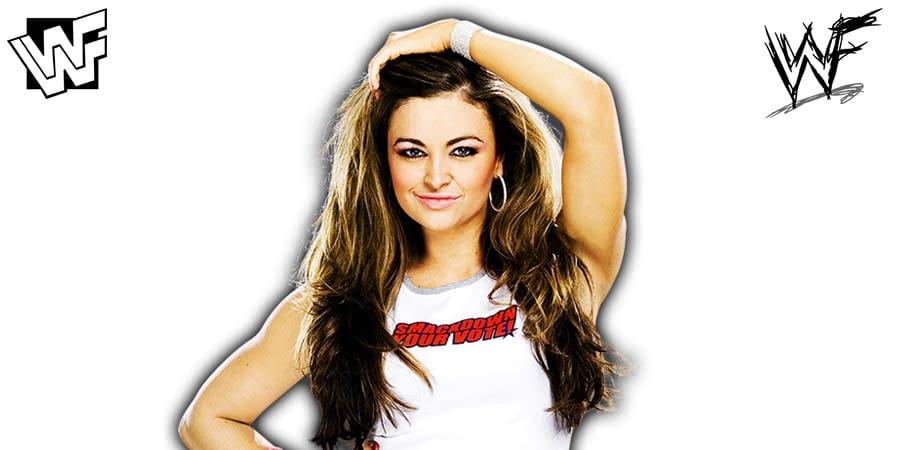 7. Shane McMahon vs. The Rock

• Released Wrestler Was Considered For Creative Role By WWE

Mike and Maria Kanellis were two of the many wrestlers that were released by WWE.

The couple had signed contracts worth $250,000 to work with the company for 5 years back in 2019. However, the contracts didn’t last long.

While talking to Sean Ross Sapp of Fightful, Mike Kanellis revealed that WWE had considered Maria for a creative role at one point. She obviously wasn’t doing much on screen, and she likes to help younger wrestlers, so there were discussions of moving her to behind the scenes in NXT, or using her for writing.

Below is what Mike said:

“We actually at one point were talking about Maria just back in a creative role, not even coming back as a wrestler or a manager or any kind of on-screen talent.

Maybe coming back and doing stuff with the girls down in NXT or helping be on the writing team. Because that’s what she loves to do now. She just loves helping, using her mind to help other people succeed.”

Mike and Maria Kanellis announced that they would be starting a new podcast soon.