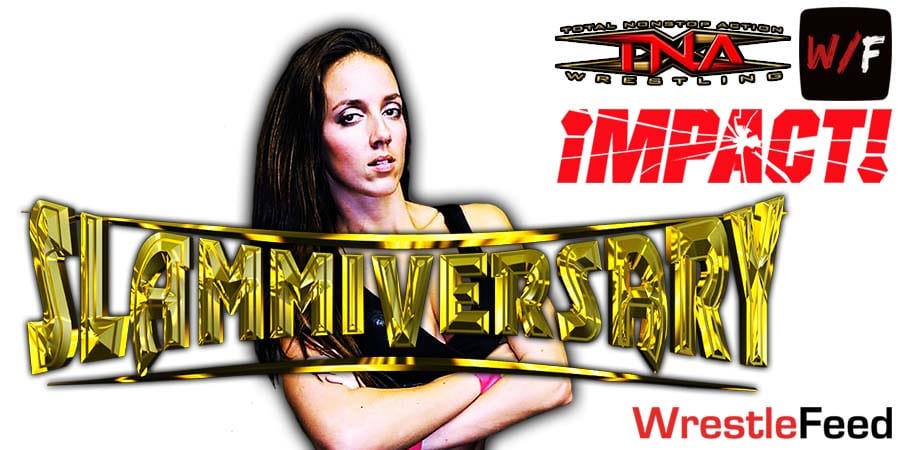 IMPACT Wrestling (fka Total Nonstop Action!) will hold their yearly anniversary show Slammiversary on July 17th at the Skyway Studios in Nashville, Tennessee and it will air LIVE on pay-per-view.

Several of WWE’s recently released Superstars were either already teased in the official PPV trailer or are currently rumored to show up at the show.

One of them is Zack Ryder’s fiancée Chelsea Green, who previously wrestled for IMPACT Wrestling under the ring name Laurel Van Ness.

“Chelsea Green has been heavily talked of as coming back here of late and even hinted herself about the idea of bringing back Laurel Van Ness, which was her Impact name.”

P.N. News started in the AWA & Portland Wrestling, before joining Ted Turner’s WCW in 1991 as The Rapmaster and instantly became “Rookie of the Year 1991”.

Paul E. Dangerously (Paul Heyman), who had worked with P.N. News in WCW, later brought him into his own promotion, Extreme Championship Wrestling in 1999 and made him a member of ‘Da Baldies’.