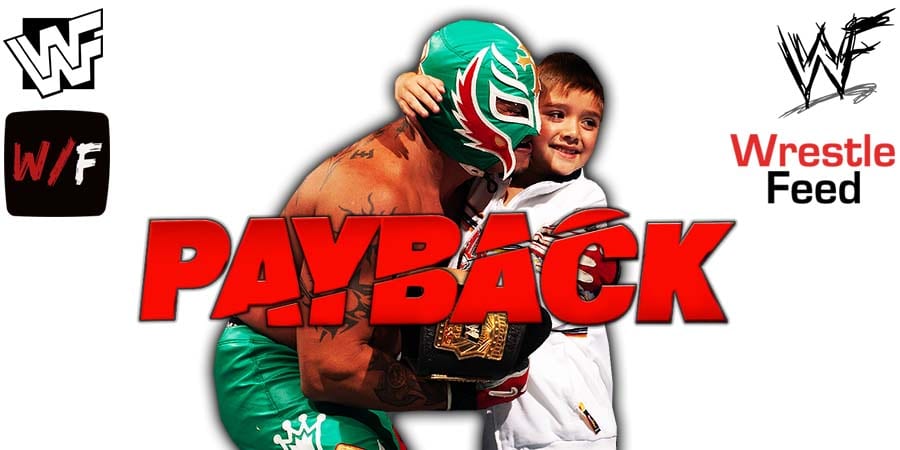 Dominik Mysterio made his in-ring debut against Seth Rollins at SummerSlam in an impressive showing, but he couldn’t get the job done as he lost to The Monday Night Messiah. Rey Mysterio and Murphy also got involved in the match.

On this week’s RAW, the father and son duo teamed up to take on The Monday Night Messiah and his disciple, but the match ended in a disqualification when RETRIBUTION showed up to attack the Mysterios.

WWE has now announced that Rey and Dominik Mysterio will face off against Rollins and Murphy in a rematch at Payback this Sunday.

Below is the updated match-card for this Sunday’s WWE Payback 2020 pay-per-view: