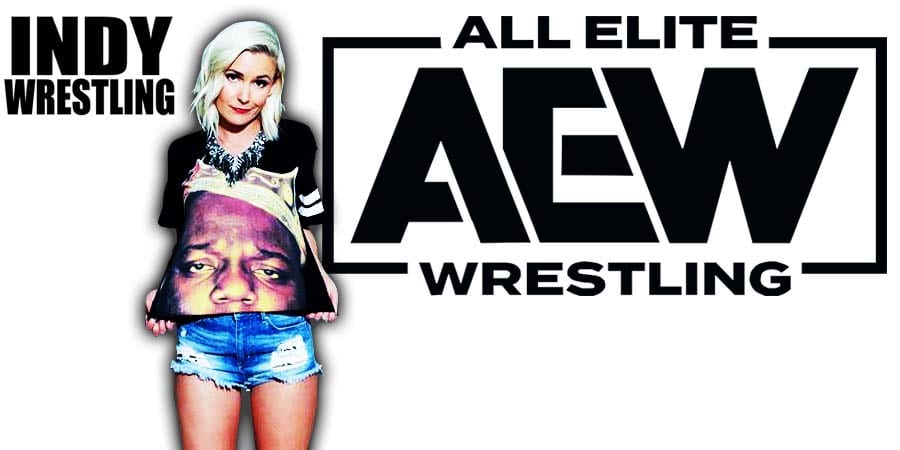 On tonight’s episode of AEW Dynamite (which took place in Toronto, Canada), Renee Paquette (fka Renee Young in WWE) made her All Elite Wrestling debut.

She has signed with Tony Khan’s company and interviewed multiple wrestlers tonight.

Below is what she tweeted about her debut tonight:

“Tonight was stupid fun! Thanks for all the really sweet messages and response to me debuting with @AEW tonight! Toronto was SO loud!!! ❤️ 🇨🇦”

Congrats to this much loved angel!! So well deserved ❤️👏🏻”