The official WWE United Kingdom Facebook page posted a graphic of Usos with both set of Tag Team Titles and wrote the following:

“Who can stop them?”

They soon deleted this post, but some fans took a screenshot. You can check it out below: 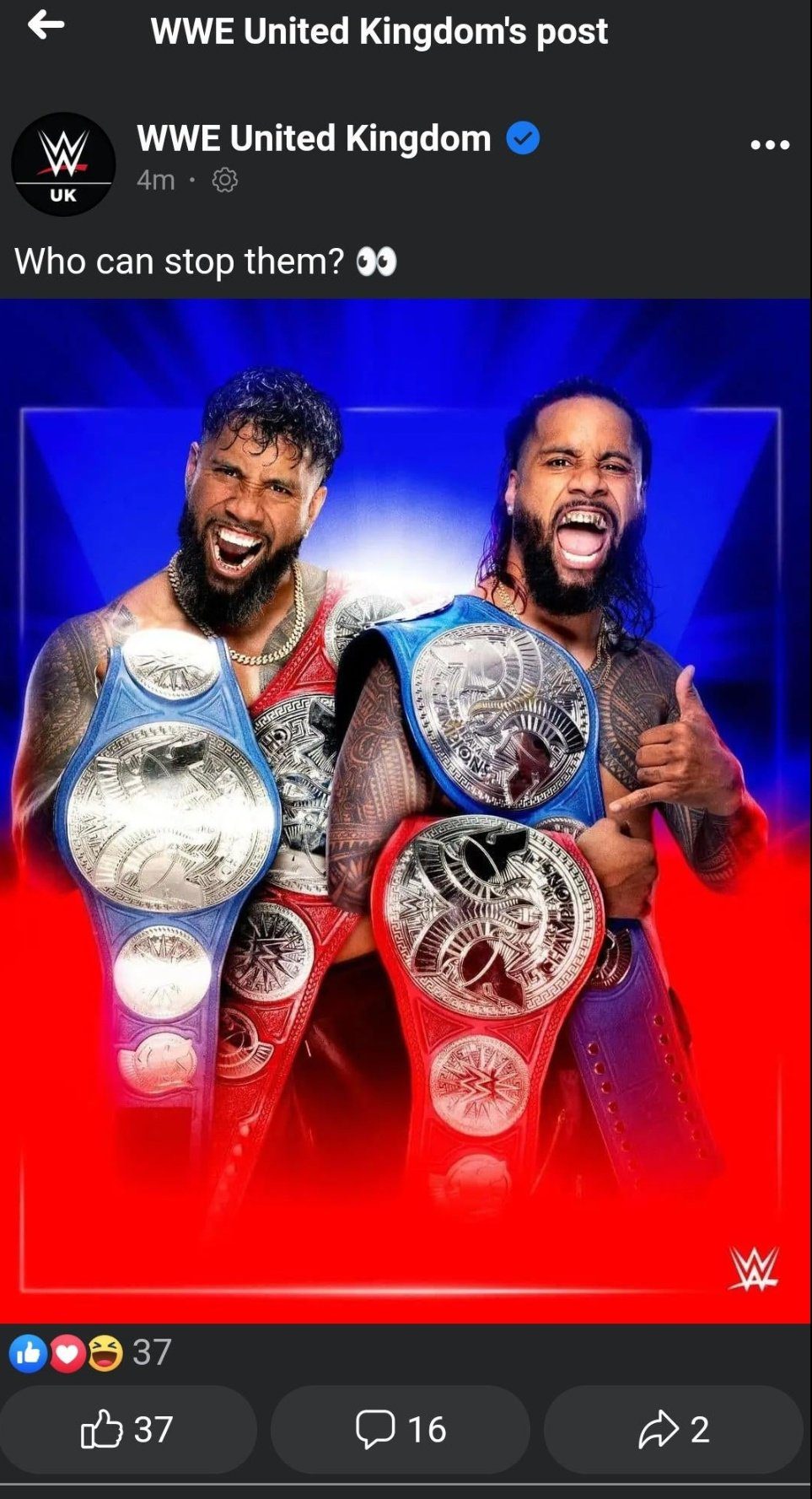 While this could very well be the outcome for tonight’s match, the Wrestling Observer recently reported that we might not get a winner tonight:

“So, this is what I was told on this. They are going to do the match, but as of right now, and I was also told this can change, but, they are not planning on actually unifying the Titles. But, they are planning on doing the match.

So, I don’t know if that means another run-in DQ. They obviously can always change their mind, but they are right now planning on doing the match.”

“I’ve witnessed The Usos break records and take their rightful place at the top of the WWE tag team division.

Our work, our blood makes this business run.

They are the best tag team ever.

On this day in 2011, we lost Old School WWF/WCW Legend “The Macho Man” Randy Savage (Real name: Randall Poffo) at the age of 58.

Randy Savage is widely considered to be one of the greatest of all time in professional wrestling.

Most notably The Macho Man wrestled for the World Wrestling Federation from 1985 to 1994 and for Ted Turner’s World Championship Wrestling from 1994 till 2000.

The last time we ever saw Savage in the ring was in late 2004, when he wrestled for Total Nonstop Action (now known as iMPACT Wrestling) on PPV.

In 2015, he was inducted into the WWE Hall of Fame by his former tag team partner and friend “The Immortal” Hulk Hogan.

His brother, “Leaping” Lanny Poffo (The Genius), accepted the induction on Randy’s behalf.