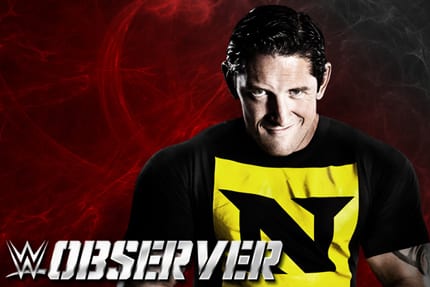 At last night’s WWE house show in Nottingham, Bad News Barrett played a retirement angle which was revealed to be a swerve. On that show Neville defeated Finn Bàlor (who worked as a heel) and after the match was over, Bad News Barrett came out.

Barrett talked about how he suffered a severe shoulder injury last year and was out for a long time. He then went on to talk about how he returned in Janurary, but he’s struggling to recover from the injury. He then said “So I have came to the decision that I will be retiring from WWE at the end of my contract”.

Barrett then talked about how all of the fans should support Neville to become the first ever English WWE World Heavyweight Champion. His promo sounded very believable until he hit Neville with a Bullhammer out of nowhere and said it was all a lie.

Daniel Bryan & Roman Reigns got the biggest pops of the night.