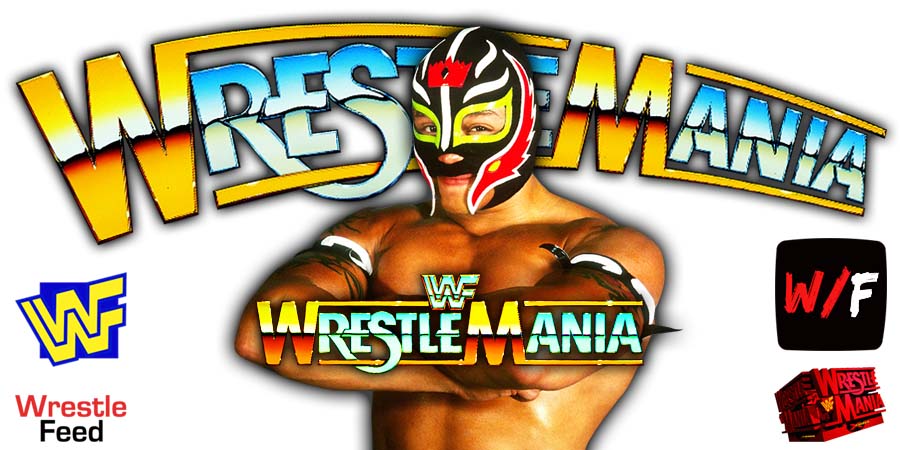 According to former WWF/E Referee Mike Chioda, Rey wasn’t able to get his family into the WrestleMania 35 afterparty because he didn’t have enough wristbands that allowed entry.

Rey felt disrespected by this incident. Below is what Chioda said on the Monday Mailbag:

“A few years ago, at my last WrestleMania in New Jersey, at the end of the night, Rey Mysterio couldn’t get his family in. He didn’t have enough wristbands. Me and my wife, we went out with Rey, and his wife, and his son Dominik.

We went outside with Rey and stuff, and I was like Rey, I’ll go in, I’ll get a couple of wristbands, I’ll come back out to you and give them to them, and we’ll just bring everybody in.

There were a couple top people on the list, top people in the company that were like, no, you can’t get in if you don’t have the bands. It’s like, you’ve worked for the company for this many years and you’re telling him his family [can’t come in]?

WrestleMania was supposed to be a big thing for you and your family, and it just became so difficult to have fun with the family even at the afterparty. It was very disappointing at times, definitely.”

This episode was broadcasted from the Continental Airlines Arena in East Rutherford, New Jersey and featured matches & storyline segments on the road to the ‘WWE Backlash 2004’ PPV.