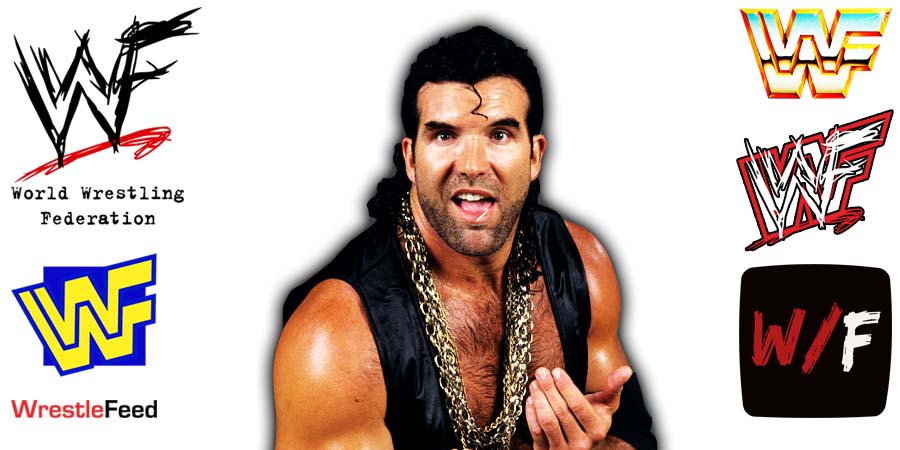 “I’m saddened to hear of the passing of Scott Hall. I wasn’t very close with Scott in his later years, but upon reflection, I can flashback to many happy and fun memories of the days when he was my friend.

I will always remember Scott in the better times with his cool, dry sense of humour while playing gently with my sons. We had many matches and he was a hard worker.

I loved my matches with him at Royal Rumble and the first King of the Ring in 1993. I fondly look back on so many terrific matches he had with Owen, Davey Boy, Sean Waltman (1-2-3 Kid), and Shawn Michaels.

We’ve lost so many wrestlers from my era, and this is just one more to a list that’s far too long.

I won’t blame any one thing, but I do believe that if the days of wrestling 300 days a year had been kinder and more considerate, if we could’ve been home with our loved ones more, many of my old friends and brothers would still be here.

I think Scott would smile to know that so many people really loved him and will truly miss him. One more wrestler. A fine machine gone too soon.

My thoughts and prayer go out to his family, friends, and loved ones.”

Their most famous match against each other took place at Royal Rumble 1993, where Bret defeated Razor Ramon to retain the WWF Championship.

Also Read: Bret Hart Announces The Death Of His Niece, Says His Late Brother Failed As A Father

It was broadcasted from the Mid-Hudson Civic Center in Poughkeepsie, New York and featured matches, interviews & storyline segments on the road to the ‘WWF WrestleMania IX’ PPV.

1. The Bushwhackers vs. Damien Demento & The Repo Man

4. Doink The Clown vs. Kamala