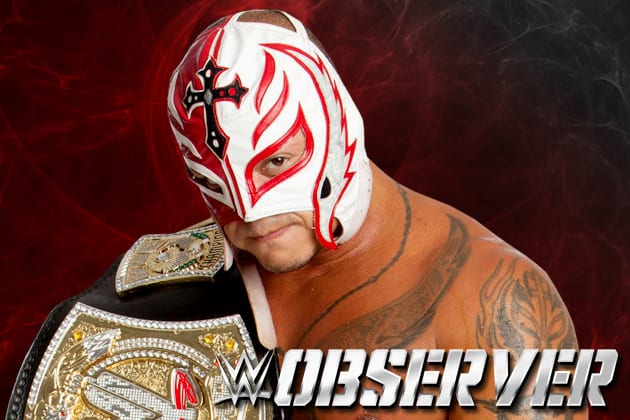 Rey Mysterio as the WWE Champion

According to the latest reports, the negotiations between Rey Mysterio & WWE are almost done, and Rey might be gone from WWE pretty soon. Rey is expected to sign with Lucha Underground and he will also be making some other appearances. It’s rumored that Rey got his release paperwork last week from WWE, but he didn’t sign it as he wanted to clear some issues he had with WWE.

Rey Mysterio was last seen in the WWE in 2014, where he competed in the Royal Rumble match and was booed heavily by the crowd as he entered at #30 because the fans were expecting Daniel Bryan to enter the Rumble at that spot. The crowd cheered when Rey was eliminated from the match. At WrestleMania XXX, Rey competed in the Inaugural Andre The Giant Memorial Battle Royal, which was won by Cesaro. His last match in WWE was on Raw, the night after WrestleMania 30, where he lost to Bad News Barrett and then decided to take some time off to heal his injured wrist.

Are you in favour of Rey’s decision to leave WWE and join Lucha Underground? Or do you want him to stay in WWE? Vote below!