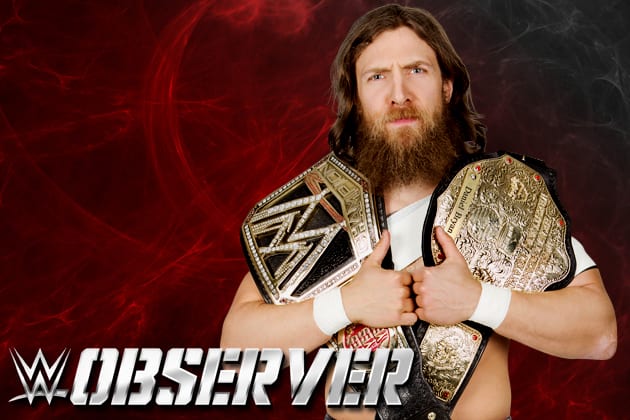 According to the latest reports, WWE doesn’t want to feature Daniel Bryan in yet another WrestleMania main event. No matter how much the fans cheer for Bryan, the officials are not sold on the idea to put him in the main event or title picture. They just don’t see him as the next face of the company.

Reports came out earlier this week that the officials are going with their original plan from last year, which was Bryan-Sheamus III at WrestleMania, but they were nixed due to CM Punk walking out on WWE. Officials wanted Sheamus to return as a heel and start his program with Bryan for WrestleMania 31 and apparently, that storyline has been dropped yet again. Instead of that, there are now talks of doing Dolph Ziggler vs. Daniel Bryan for WrestleMania. And since officials don’t want Bryan in a main event, that match is being discussed to be the opening bout at Mania.

Apparently, the seeds for Ziggler-Bryan have been planted, as they exchanged words about a match at WrestleMania, on twitter.

Yo DB, was pulling for you, brother.
but if you really want to steal the show #Wrestlemania Im right here
& way angrier#RAW

No gimmicks, just two wrestlers wanting to prove who is the besthttp://t.co/WHJqt6ddGt#DBvsDZ